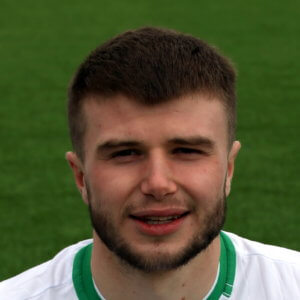 Fan favorite Lewis Knight put pen to paper on a new one year deal in May 2020. After lengthy discussions the club were delighted to announce that the blisteringly quick forward has committed his immediate future to the Avenue.

His powerful and exciting style has won many admirers over his 2 seasons with The Avenue and the club had to fight hard to fend off interest from else where. Its obvious to see why he is so admired by the Avenue fans and envied by other clubs, his games to goal involvement ratio (goal or assist) is just under one every other game.

In the previous two seasons Lewis made 71 appearances in an Avenue shirt, scoring 11 goals and had 17 assists.