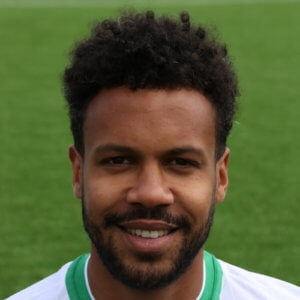 Oli Johnson agreed to extend his stay at the Horsfall having been with The Avenue since his initial loan spell from Guiseley in the 16/17 season.

Since then he has played a 115 times for The Avenue and scored 34 goals, missing just 10 games during that time, three of which were down to suspensions. The classy frontman has played right across the frontline during that period where his close control and calmness in front of goal have seen him become a much envied player, the club having turned down several approaches for his services.

The advent of our new playing surface should ideally suit his technical ability and we hope to see him banging in the goals at an even better rate than his fantastic current stats of 1 every 3.38 games.