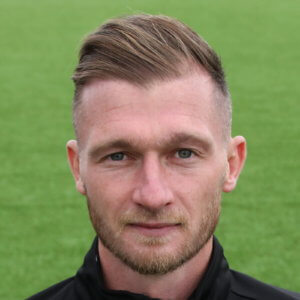 Ryan Toulson as put pen to paper on a new Deal at Bradford (Park Avenue) extending his stay with the club. Ryan forms part of a formidable management team with Mark and Danny having worked with them over the last 3 years.

The experienced, solid and hard working right sided defender is the ideal signing for the club being able to coach and develop some of our younger players both on and off the pitch.

After leaving the club in the summer of 2019, Ryan re-joined last season as one of Marks first signings and went on to make 15 appearances in league and cup.