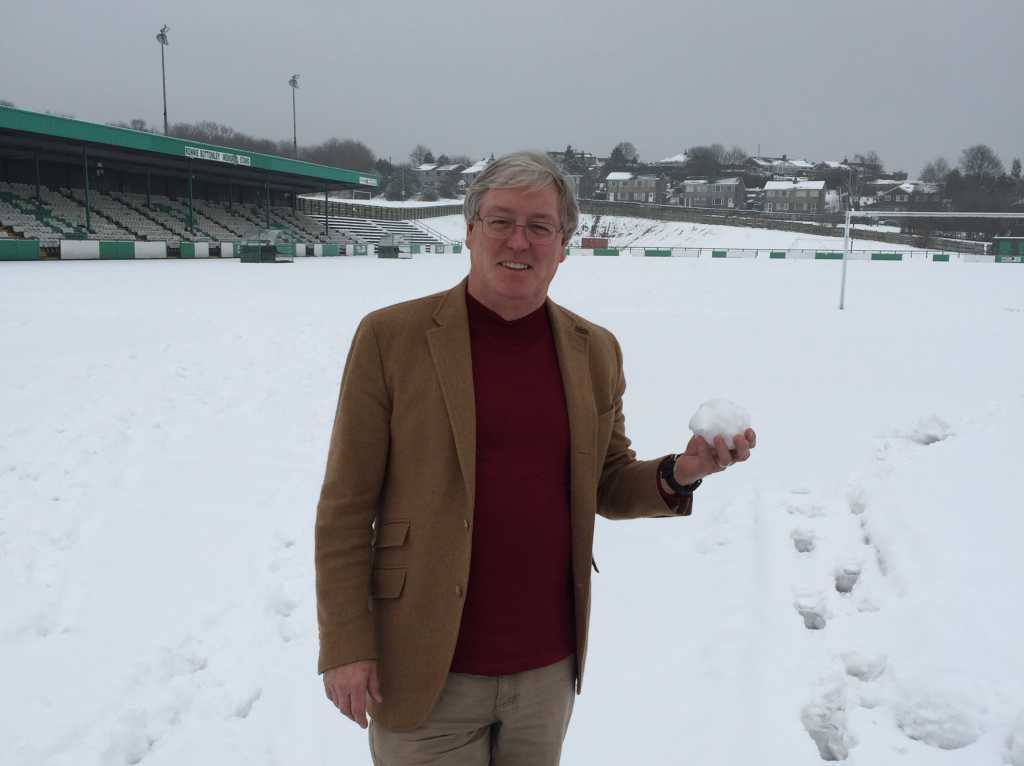 This has been a crazy year and has tried our patience, but despite all the headwinds against us we have made significant progress as a club. Most visibly we have obtained a 35-year lease on Horsfall Community Stadium, installed a new security fence and put in a new 3G pitch. Behind the scenes we have created The Horsfall Community Trust as a full charity, which in turn has created the Horsfall Community Stadium CIC (HCS). HCS is managed by a board which includes representatives from Bradford (Park Avenue) AFC CIC (BPA for short) and our partners, West Bowling Amateur Rugby League Football Club and Bradford Airedale Athletics Club.

At our football club we are indebted to the business team for setting up a sustainable business plan and for hiring our able staff in the form of Calum and Thomas.  Mark, Neil and others have also been instrumental. Likewise, on the field our managerial trio and our players have been putting in an incredible effort in difficult circumstances which is greatly appreciated by those that love this club. Also particularly exciting is the academy development and that we are now 5-18 years and we have Ladies and Men’s 1st teams – all under the official banner of Bradford (Park Avenue).

To get to where we are today has taken the efforts of many people, too numerous to thank in this letter, but they have done a tremendous service on behalf of the club and indeed for the City of Bradford. I especially want to thank the volunteers from BPA and West Bowling for the work that they have done at the Stadium. We look forward to the day when we can enjoy it.

Our club is now managed as a Community Interest Company and I am lucky to be supported by my co-Directors John Dean and David Little. Keith Bonney continues to do an outstanding job as our Accountant. John is known to most of you and an avid fan. David has a strong background in commercial law and in football. He is the legal affiliate to Swans Supporters Trust since 2004 and formerly a director of Supporters Direct until it merged with the Football Supporters Federation. David is also our BPA Company Secretary.

We began trading on 1 November 2019 as the new Bradford (Park Avenue) AFC CIC and we have just completed our 31 May 2020 annual accounts. These accounts have been audited by Armstrong Watson and will be published shortly. The accounts show a loss of £1,678,179. Do not be alarmed as this figure is mostly a non-recurring loss related to the assumption of past deficits from our predecessor companies. The money is not owed externally but to John and myself as Directors. Although we expect to have losses in our 2020/21 fiscal year accounts, after the pandemic we expect our company revenues to grow over the next few years to eventually develop surpluses and guarantee future sustainability, which is our ultimate goal as a club. We feel that our business plan is robust, but it has been badly affected by the pandemic and we have been grateful for government support and that of the various sporting authorities. Despite that support there are still major financial challenges potentially ahead of us, which of course is not unique to our club.

On 6 August 2020 we transferred the stadium operations to the newly formed company, HCS. That company now operates the stadium including the bar and cafe.  Its main activity is the hiring out of the stadium to third party users which brings in new revenue. Our club will be working closely with HCS as anything which helps stadium economics helps our economics.  I ask you all to keep this mantra in mind as we move forward.

I should also like to take this opportunity to thank the Bradford (Park Avenue) Development Fund for the financial help it has given the CIC.   During the period November 2019 to May 2020 the Fund gave us a magnificent £11,500.  Amongst other things, the money was used to pay for away travel and a GPS training aid system.   The club is extremely grateful.

To those of you who make donations to the football club on a regular and on-off basis I also express my thanks.  I can assure you we take care of every incoming pound and we make sure every outgoing pound is spent wisely.

Our accounts omit one huge figure.  That is the value of the time given by our heroic green army of volunteers as I mentioned above. Our helpers turn out in all weathers and perform essential tasks.  They often go unnoticed and unthanked.  It is impossible to put a value on their contribution but I reckon it runs well into six figures.  Without our helpers there would be no Bradford (Park Avenue).  Thank you doesn’t come close to expressing my gratitude.

Contrary to popular belief I do not have bottomless pockets.  The Horsfall project is stretching me to the limit but I am determined to succeed.

I appreciate these are difficult times for all of us.  If you can find it in your budget to make a one-off or regular donation to the CIC that would be brilliant.  We have a donate button on the website.  Better still make a transfer to our bank.  The details are:

If you confirm your donation to our accountant Keith Bonney (keith.bonney@bpafc.com) we shall acknowledge your kindness.

Finally, thank you for your support.  Over the last twelve months we have become a better football club both on and off the field.  Like any business, football is about getting the right people in the right roles.  We are getting there.  Please keep supporting us.  Encourage others to join.   We are Bradford.