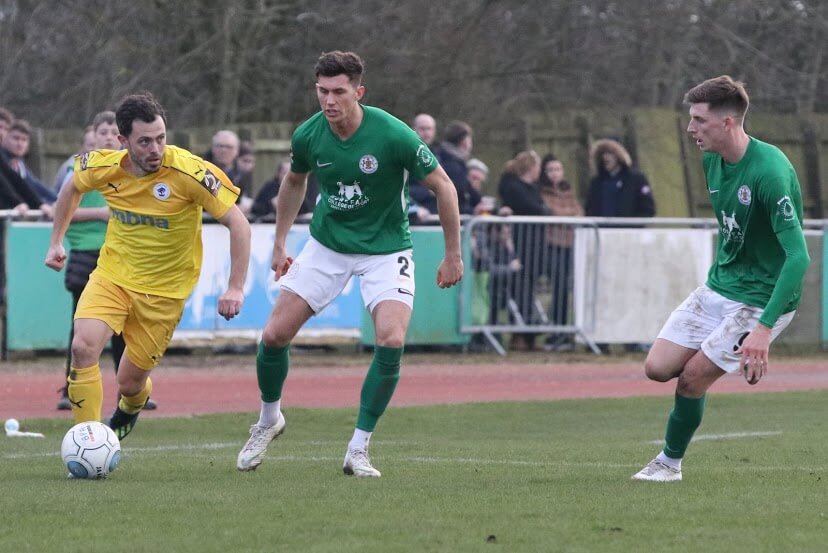 Versatile Mark Ross has agreed to re-join the Avenue after a year away at Chorley, making up 19 appearances in the National League for the Magpies. No stranger to the fans of Bradford (Park Avenue), Ross was a key member of both squads that made consecutive appearances in the play-offs. Super fit Ross can play either in central defence or at right back and will add extra experience and solidity to the Avenue back line next season. During his previous 2 year spell with at the Horsfall Mark started 80 games contributing to 24 clean sheets and scoring a solitary goal.

‘Really looking forward to be back playing for mark and the rest of the coaching team. I only have brilliant memories of the 2 seasons I’ve had at the Horsfall and I am coming back to try and create some more. Looking forward to playing with some of the same team who I already know and excited to play on that new pitch!’

‘When we began to identify players for the new season, Mark Ross was one of the names at the top of the list, so I am delighted that he has agreed to join us. When speaking to him, it was clear his main objective was to enjoy his football in a team able to compete. Having worked with us and several of the players before, it is great that he feels we fit the bill. Rossy is another who we will be able to count on to perform at a consistent level and help our younger players with his experience. He will also set a first class example to them in the way he conducts himself off the pitch.’

Unfortunately there is a waiting list to sponsor player and so Mark has already gone, if you want to support the club, why not sign up for the Legends draw and not only support the club but give yourself the chance to win every week, for further details please click here.