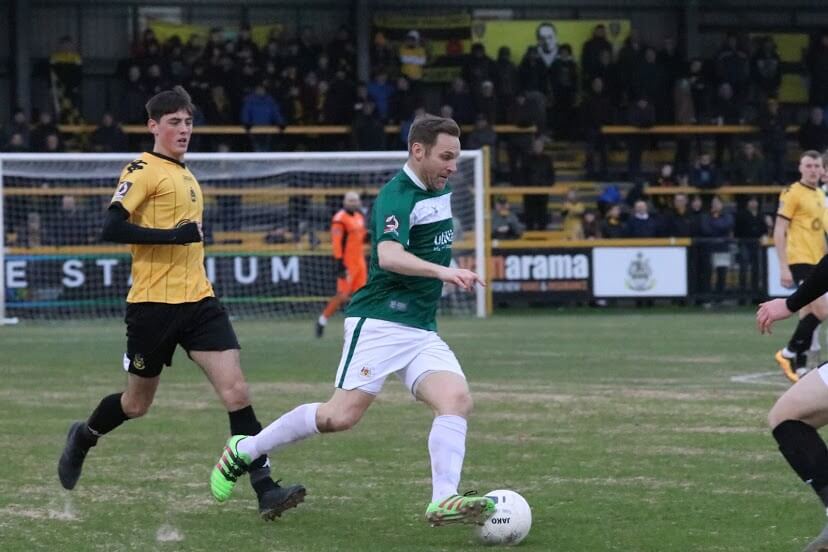 In what we hope will a hugely successful 4th year at the Avenue, we are really excited to announce that the man, the myth, the legend and fan favourite Nicky Clee has decided to extend his stay at the Horsfall. After two hugely successful seasons, Nicky briefly left the Avenue in the 19/20 season, but returned to join up once again with Mark and Danny. His return saw him put in a series of man of the match performances and score a few great goals, before the suspension of matches, which eventually culminated in our great escape (albeit not the way we would’ve like to have done it).

Regarded as ‘the best player in non-league football’ by his team mates, it should be fantastic to see him strutting his stuff on our new 3G pitch, where his technical ability will be given an even better stage on which to shine.

‘I’m delighted to commit to Bradford (Park Avenue)for another season and be able to work with Mark, Danny, Ryan and Tally again. They are a really good group to play for and hopefully we can put last season behind us and kick on this season. This is a brilliant football club to be involved with and I’m looking forward to getting back to the Horsfall as soon as we possibly can. I enjoy an excellent relationship with the supporters and in my 3 years at the club they have followed us through thick and thin. These supporters deserve success and will be doing my best to give them something to shout about.’

‘Nicky’s signing I’m sure will be as pleasing for the supporters as it is for myself and the staff. There is no doubting his quality as a player and since taking up a position as a central midfielder, he has put in a string of man of the match performances to cement himself as one of our key players. He is also a great pro to have around the dressing room and he shares his experiences with our younger players to help their development. Despite reaching the latter years of his career, I see Nicky having a good few years left as a central midfielder and we are delighted he has committed another year to us.’