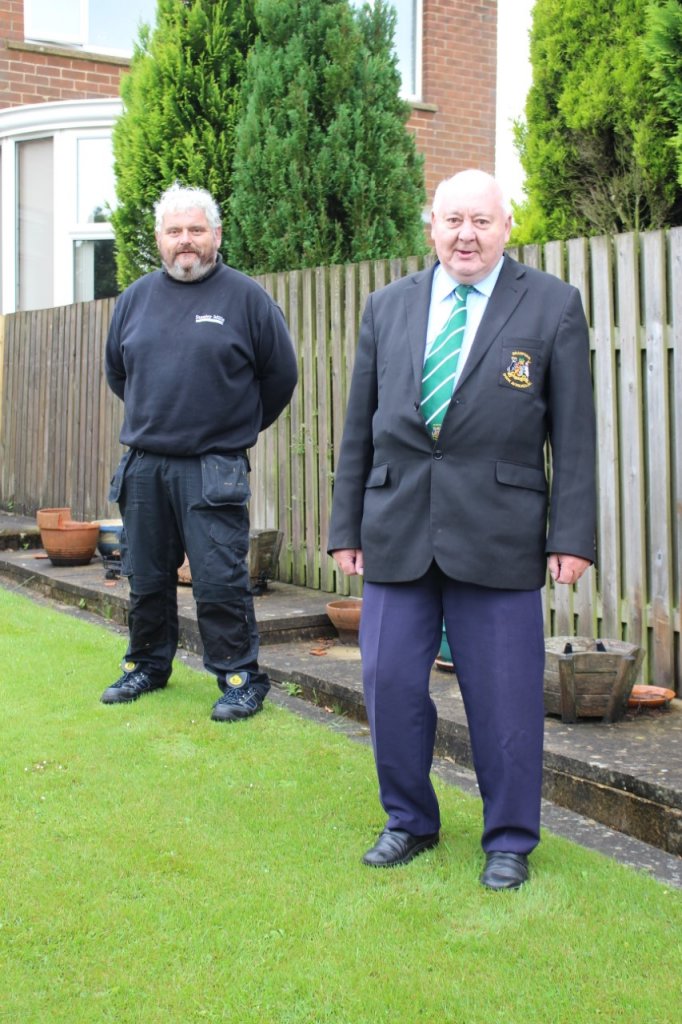 Bradford (Park Avenue) FC and The Horsfall Community Stadium would like to thank long serving fan David Bruce for his sizeable donation that has funded and part funded some developments in the stadium.

David Bruce (pictured) said, “I am delighted to have funded the white pitch side perimeter fence at Bradford (Park Avenue) FC and also to have part funded the new security fence that is going into the stadium this Summer. As a supporter of the club for over 50 years it’s great that Gareth has finally been able to obtain the new Lease, 3G pitch and commission the new Stadium Security Fence. Up the Avenue!”.

David was presented with his new season ticket by Neil Fawcett. Neil is a very well-known ambassador for Bradford (Park Avenue) FC with many years’ kind voluntary service. He continues to help with so much at the Club.