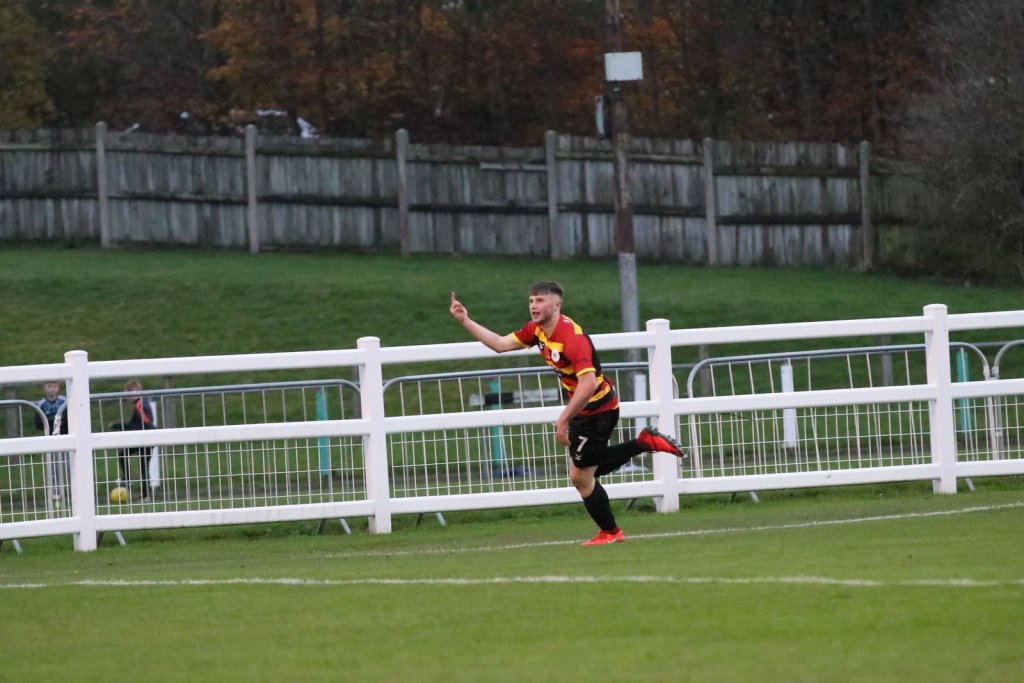 Fan Favourite Lewis Knight has put pen to paper on a new one year deal. After lengthy discussions between Lewis and his agent Andy Gray, the club are delighted to announce that the blisteringly quick forward has committed his immediate future to the Avenue.

His powerful and exciting style has won many admirers over his 2 seasons with The Avenue and the club have had to fight hard to fend off interest from else where. Its obvious to see why he is so admired by the Avenue fans and envied by other clubs, his games to goal involvement ratio (goal or assist) is just under one every other game.

In line with the clubs strategy of developing young talented players, who maybe haven’t had opportunities to this point in their development, this marks the first of many such exciting squad developments.

Both myself and Mark are delighted that Lewis has decided to remain with us for the next season. The fact that he sees the club as the best place to further develop is a real positive, Mark and I hope we can help him fulfil his obvious potential into becoming a full time professional in the next couple of years, which we know is his aim. He’s a fantastic lad who’s got a great attitude and enthusiasm for the game which makes him a pleasure to coach and that’s exactly the sort of player we want at the club.

I am very happy to be signing my new deal at BPA. Obviously with the current climate it’s hard to know what will happen next season and I’m delighted the club and I could get a deal done so early. With the club re-signing the gaffa and Bosh for an extra three years, it shows the clubs intent to do well next year and the years to come. The project looks very ambitious and I am excited to be a part of it. Also a big thank you to the fans for their loyal support throughout last year and I hope this next coming season we can repay them with some good performances and wins.

One of the reasons we wanted Lewis to re-sign for The Avenue, is that a platform to play regular first team football in a competitive environment is the most vital part of a young players development.

Here at Bradford (Park Avenue) we are always on the look out for talented young footballers, if you have recently been released from a fulltime professional program and are looking for a place to prove yourself and have the opportunity to get back further up the footballing pyramid, please contact us to discuss the next exciting stage of your career – m.a.knight@hotmail.com