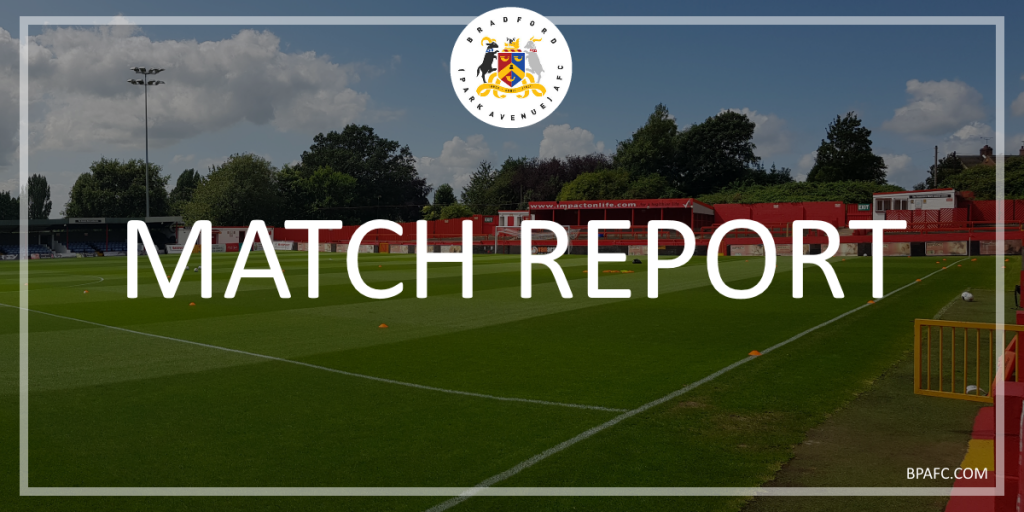 Gloucester City eased their relegation fears with a huge 2-1 victory away at Bradford (Park Avenue) in a result which leaves Avenue resigned to their fate at the bottom of the National League North.

Despite Bradford dominating possession for the majority of the game, most of the clearcut chances fell the vistors way with Bradford unable to muster up many opportunities of their own. Defensive fragilities have been the downfall of Avenue this season and it reared its ugly head once more as the Avenue defence were unable to deal with a long ball played into their box, the ball then fell nicely to Mensah from a header and he volleyed into the bottom corner leaving Nicholson no chance.

Gloucester then had chances to double their lead. Again, more defensive mistakes from Avenue as a Hughes back pass was far too weak and allowed Jackson to race through on goal but his shot was well saved by Nicholson.

The hosts started putting more pressure on as the second half got underway but it was the visitors who grabbed the vital second goal from a free kick as Brunt curled the ball into the net from 20 yards out.

Bradford rescued a goal back through Hughes in the 67th minute, and had more chances to grab an unlikely equaliser, the best chance falling to Lewis Knight inside the box but his powerful effort struck the post and somehow fell into Maher’s hands.

The loss now means that Avenue sit at the bottom, a massive 15 points from safety with time unfortunately running out as just 12 games remain in the season.