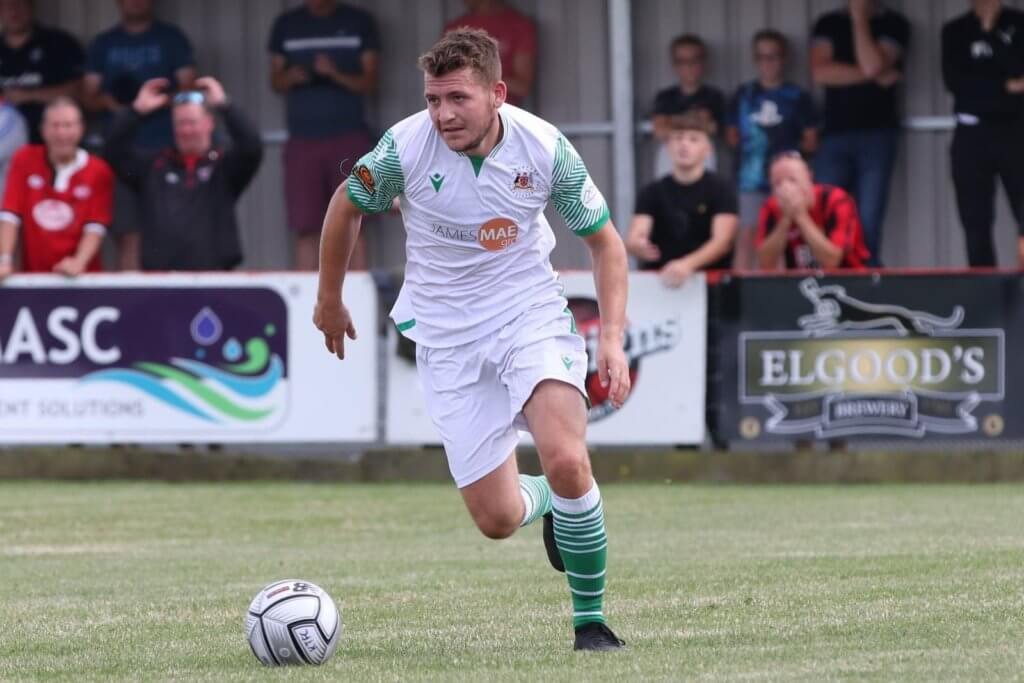 A first-half penalty from Claudio Ofosu separated Kettering Town and Bradford (Park Avenue) at a sunny Latimer Park on the opening day of the Vanarama National League North.

The game’s only goal happened following a foul from Oli Johnson on Ofosu inside the box. The winger got back up and slotted the ball into the bottom corner.

Despite the hot conditions, it was an entertaining first-half with both sides having chances.

The Avenue troubled the Poppies, but Johnson’s strike from 14 yards flew over.

Minutes later, the Bradford dugout appealed for a penalty. After being put through from Isaac Marriott, Luke Rawson’s low shot from 16 yards was saved by the legs of goalkeeper Rhys Davies. The ball spun into the air and as Jake Hibbs was quick to rise highest to head the ball towards goal, the midfielder went down inside the box as Davies failed to catch the ball. The referee Richie Watkins waved the Avenue protests away and awarded a goal kick.

Then, it was the Poppies, who looked dangerous from set-pieces and long throw-ins, who were awarded a penalty. Ofosu tried to take the ball around Johnson, who stuck out his left leg and made contact with the winger. The referee blew his whistle and pointed to the spot. Ofosu got back on his feet and sent Avenue goalkeeper Johnny Saltmer the wrong way to the delight of the home supporters.

Before the half-time whistle, Paul Cox’s side hit the woodwork as defender Luke Ward smashed a volley against the crossbar from close range.

The visitors responded with an opportunity to equalise. But, after a fine delivery from Hibbs found captain Luca Havern, the defender’s header went inches wide of the post from 12 yards.

After the break, both managers made substitutions, with few attempts on goal.

But, with being behind the scoreboard, the Avenue pushed forward in the later stages of the game and somehow, failed to hit the back of the net.

Firstly, a low volley across the box from Havern found makeshift left-back Mitch Lund, but the defender blasted the ball over from 12 yards.

With the final whistle approaching, Johnson saw a left-footed effort cleared off the line from eight yards. From the rebound, new signing Akeel Francis did well under pressure to get a header on target, but the ball crashed off the underside of the bar.

Into additional time, Mark Ross saw a cross deflected by Rhys Sharpe strike the top of the crossbar and away from danger.

Seconds later, the referee blew the full-time whistle as the Poppies held on for a narrow victory.