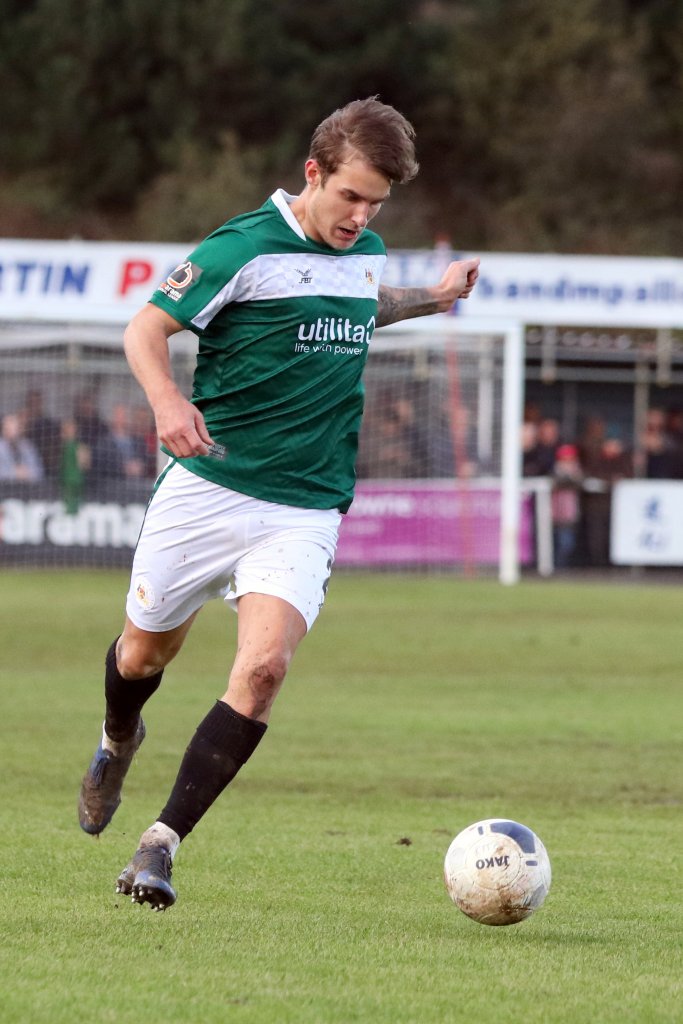 Yet another great signing for the 20/21 season for The Avenue! The versatile Mitchell Lund has signed a new contract with the club for the 20/21 season with an option for a second. Mitch played 30 games for the Avenue last season and played in all of the positions across the back four as well as a few games as a holding midfielder. Excelling in the final few games of the season at the heart of the defence as a centre back and helping us beat two of the top four in our last three games.

Starting his career at Doncaster Mitch has amassed 50 appearances in the EFL for Doncaster Rovers and Morecombe, before joining the Avenue in 2019. The 6’1”, 23 year old, fits perfectly into our ideas of giving young, hungry players the platform and opportunity  to play first team men’s football.

Joining along side the already announced Lewis Knight(21) and Dan Atkinson (24) we are beginning to see a young, exciting and talented squad for next season coming together.

‘I am delighted to say that I will be re-signing for BPA. I am looking forward to stepping out on the pitch for this great club. Hopefully enjoying a more successful season, which I believe the club and the fans thoroughly deserve. It is a credit to the club that at this uncertain time they are in such a positive position off the field, securing a strong playing squad for next season as well as signing the gaffa and Bosh for another 3 years. I am very thankful to be a part of Bradford (Park Avenue) and it will give me immense pride to represent this club once more. I look forward to seeing you all again, down at the Horsfall, as soon as it is safe for us all to do.’

‘We are really pleased to have Mitch committed for next season. He showed great versatility for us last season and finished it with some stand out performances at centre half. Not only is Mitch talented and hard working, he is also very professional, with a great attitude in the games and training. Wherever Bosh and I asked him to play, he quietly just got on with it to the best of his ability. Having this kind of selflessness in the squad is invaluable and will help Mitch towards achieving his ambition of getting back into full time football once again.’

The Development Fund are pleased to announce that sponsorship of any of the players that have already signed for the club for next season can be done by clicking here and filling out the player sponsorship form. It costs just £60 to sponsor a player either home or away.