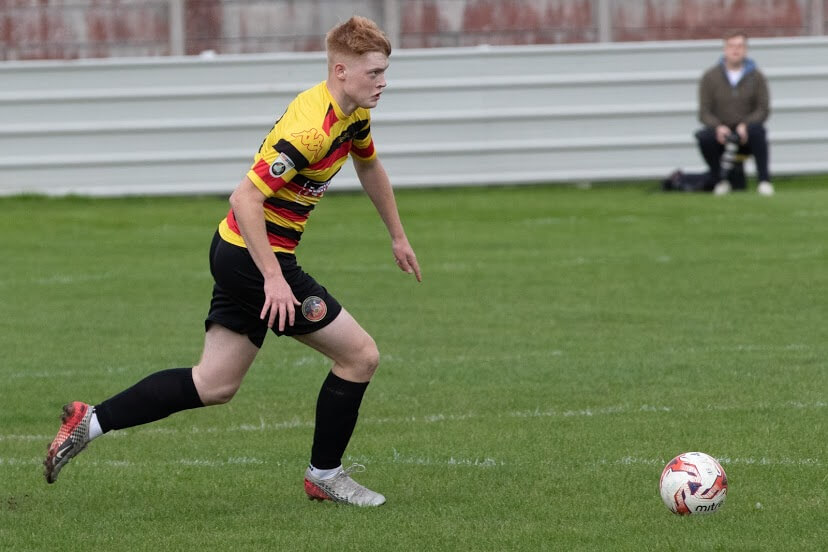 The Avenue took a deserved lead thanks to Adam Nowakowski. A lovely cross from debutant Jordan Windass was met by the makeshift striker who nodded against the bar, only to smash home the rebound from five yards.

The lead lasted only six minutes as a well-worked Gateshead FC move saw Danny Greenfield drill a cross into the box which was guided into the bottom corner by Jordan Preston from close range.

After the restart, the visitors took the lead and held onto it for the rest of the game as a Jake Hibbs own goal flew past Dan Atkinson from close range

Like the weekend, the Avenue were bright, trying to work the ball quickly from back to front, helped by a masterclass from Nicky Clee in the middle of the park.

Two early efforts from Brad Dockerty and Lewis Knight called the Heed goalkeeper James Montgomery into some early action, but the opposition number one was alert to deny both efforts from 16 yards.

An element of the game from Saturday which frustrated Mark Bower was giving away possession too easily and the Avenue could’ve been punished by Dan Ward and Preston, but both efforts flew over Dan Atkinson’s goal from distance.

Then, the Avenue, playing with confidence and plenty of zip in their play broke the deadlock. Windass pushed forward and crossed the ball to Nowakowski who flicked the ball with his head against the woodwork. Fortunately, the ball fell back to his feet and fired the ball past Montgomery.

The lead didn’t last long as Mike Williamson’s side worked the ball down the right wing and Greenfield fizzed a low cross towards Preston who smartly headed the ball past Atkinson from ten yards.

With half-time approaching, the men in green and white nearly regained their advantage, but Mark Ross’ header from Clee’s corner was cleared off the line.

After the break, Bradford could’ve scored a crucial second goal but Isaac Marriott’s lovely strike from 20 yards brushed past the post.

Despite enjoying some good possession, the Avenue conceded from a corner in consecutive games. A teasing delivery from Greg Olley was met by Ward and the ball bounced off Hibbs and into the back of the net

The Heed held on, producing a professional finish to the game, despite a late penalty shout from the Avenue dugout for a foul on Hibbs. The only opportunity for the hosts to equalise came into added time when substitute Tabish Hussain laid the ball into the path of Marriott, but the midfielder’s curling effort flew over the bar.