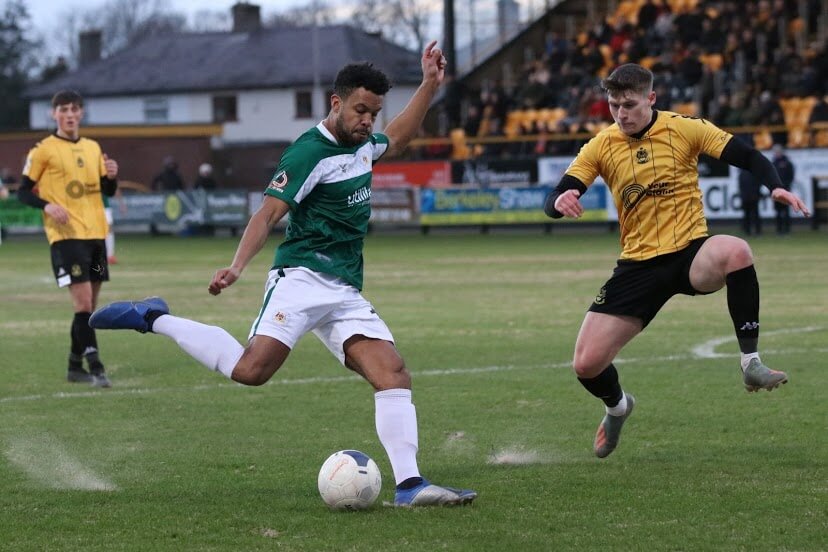 Bradford (Park Avenue) can confirm that Oli Johnson has agreed to extend his stay at the Horsfall. Oli has been with The Avenue since his initial loan spell from Guiseley in the 16/17 season. Since then he has played a 115 times for The Avenue and scored 34 goals, missing just 10 games during that time, three of which were down to suspensions. The classy frontman has played right across the frontline during that period where his close control and calmness in front of goal have seen him become a much envied player, the club having turned down several approaches for his services. The advent of our new playing surface should ideally suit his technical ability and we hope to see him banging in the goals at an even better rate than his fantastic current stats of 1 every 3.38 games.

‘We’re delighted OJ has decided to stay with us for another season. There’s no doubting his natural ability plus his goal scoring record at this level is excellent and speaks for itself, despite playing from a predominantly wide position. On his day he is without doubt one of the best players in the league and a genuine match winner. We expect our new 3g surface will allow us to play more to OJ’s strengths and that can only benefit us. He’s a great lad with a fantastic attitude, exactly the type we want in our dressing room and the younger boys can only learn from him.’

‘I am really happy to commit to the club for another season. To work with Mark, Bosh and Tully again, and to kick on from last season after a turbulent time for the club. Hopefully we can now find some stability, with the improvements around the ground and infrastructure being put in place, along with a brand new playing surface. I cant wait to get started again when its safe to resume.’

Some lucky supporter has already snapped up the sponsorship opportunity with OJ. If you would like to register your interest in sponsoring any of our future signings be sure to speak to a member of the Development Fund.