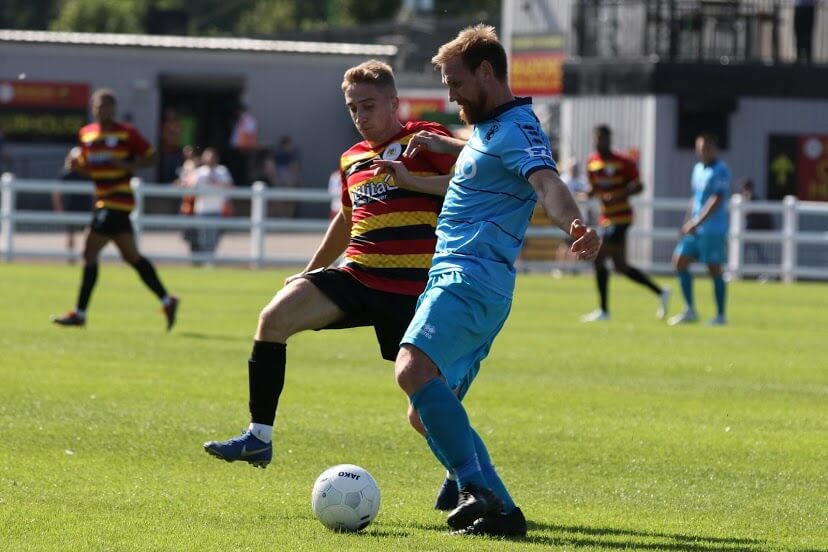 Isaac Marriott has agreed a pre-contract agreement to join the Avenue for next season when his current deal with Huddersfield Town expires. The dynamic and energetic midfielder has been part of the Huddersfield elite academy set up since he was 9 years old, and benefits from the strong work ethic and technical skills developed and instilled in him by Huddersfield. The next step in Isaacs development sees him join the Avenue, under the expert tutelage of Mark and Danny, on a permanent basis after his loan spell with us last season.

‘Fantastic news that Isaac has agreed to sign for us next season. Having worked with Isaac for a spell last season we know he’s a great kid with a top class attitude, and has a willingness and determination to learn which is a real positive in any player. The challenge for Isaac now is for him to establish himself at this level, then to hopefully kick on and fulfil his potential and get back into the EFL. Its great that he sees us as a platform to that and having played the odd game or two  in Isaac’s position myself, I’m sure I can give him one or two pointers in the right direction to try help him meet his ambitions.’

‘I’m thrilled to be joining BPA from next season. A massive part of my decision was the chance to work again under Mark and his assistant Danny, and I was also inspired by the ambitious plans the club have moving forward. I also felt that during my loan spell the fans took a liking to me which is a big factor in me joining. They’re a great set of fans and I can’t wait to get started.’

‘It’s fabulous to see a club in such a strong position despite these truly unprecedented times, and the ambition of the manager Mark is matched by the Director of Football Operations, Martin Knight, and his long term plan to make BPA such a progessive and exciting club for players to go to. Isaac is looking forward to returning to the Horsfall’