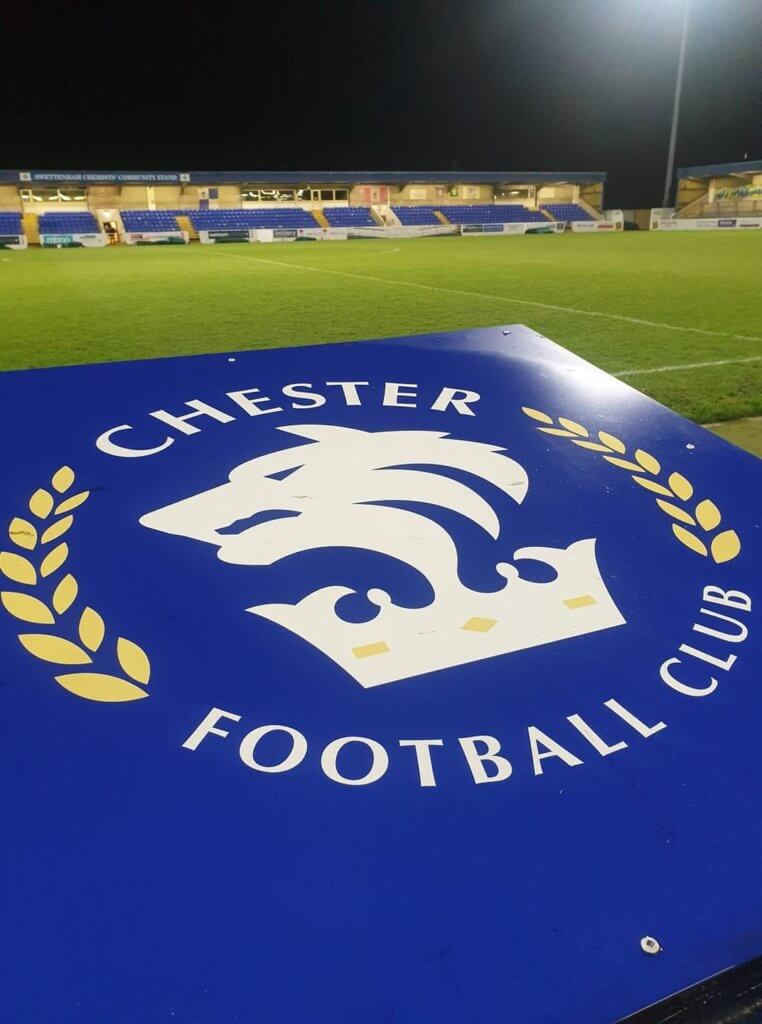 The hosts took a deserved lead as Brad Jackson’s deep cross was nodded home by striker George Waring. The Blues extended their advantage with goals from Anthony Dudley and Will Goodwin before a consolation effort from Lewis Knight but the Avenue’s Wembley dream is over for another year.

The home side started the better team, switching the play to both flanks and looking for Waring and Goodwin to get the better of the Bradford defence, but they dealt well with the early pressure.

The away side could’ve broke the deadlock, making the most of a sloppy pass from left-back Jamie Morgan. Knight was the quickest to react and he saw his  shot fumbled by goalkeeper Louis Gray. From the rebound, Matty Downing was alert to try and score but he was denied by an excellent block from defender Kevin Roberts.

The men in blue and white started to increase the tempo and were rewarded with the opening goal. Jackson had time to take a touch and deliver a teasing cross for Waring at the far post. The striker found the bottom corner from 12 yards.

After the break, the momentum remained with the home side. After seeing a cross from Downing go just over Knight’s head, the Blues went on the counter attack. Anthony Dudley turned onto his right foot before being fouled by Luke Lyons inside the box. Referee Darren Rogers blew his whistle and pointed to the spot. Dudley got back to his feet and sent Avenue debutant goalkeeper Will Huffer the wrong way.

A number of substitutions saw the game lose its intensity but the home side looked comfortable with a two-goal lead and the Avenue struggling having already lost Jordan Windass and captain Luca Havern to injury to add to a growing list.

The Avenue introduced Tabish Hussain late in the second half and the winger made an impact on the right wing. But, unfortunately, his deliveries into the box were either cleared or unable to be converted by the Avenue strikers.

With only a couple of minutes left, a long ball towards Goodwin was headed back by Lyons, but it fell short of Huffer’s feet. The young Chester FC striker took the ball around the goalkeeper and slotted the ball into an unguarded net from 14 yards.

Into added time, Bradford scored a consolation as Hussain managed to squeeze a low cross into the penalty area and Knight was there to tap the ball past Gray from close range.