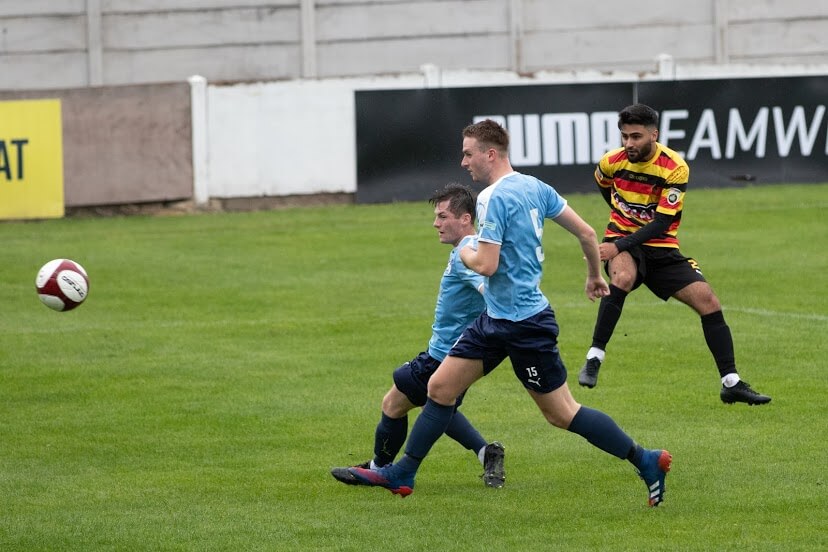 Bradford Park Avenue are delighted to announce that Bradford born Tabish Hussain has signed with the club for the upcoming 20/21 season. After a successful trail period Mark Bower has moved quickly to sign attacker Hussain. Tabish who heralds from Bradford started his career at Eccleshill United before moving to Guiseley. After making his debut for Guiseley aged just 17 he went on to make his international debut for Pakistan against Cambodia in a world cup qualifier in May 2019.

The exciting winger should enjoy our new playing surface and the football style that Mark and Danny like the team to play. He meets perfectly the talented younger player profile we are hoping to develop and give the opportunity to take the next steps in their footballing careers.

‘Firstly, I am delighted to be given the opportunity and looking forward to the season ahead. I feel as though the 4g pitch at the Horsfall suits me perfectly and the gaffa wants the team to get the ball down and play as much as possible, which I have really bought into as it gives me the chance to showcase my ability on the ball. All the lads have been very welcoming and they’ve given me the confidence to do well in the two trail games I’ve played in. I’m Bradford born so the club feels like a comfortable environment and hopefully I can push on and do well’

‘We’ve been very impressed with Tabish through pre-season. He has shown plenty of natural ability, a great attitude and a willingness to learn. We feel his attributes are well suited to our new surface and we look forward to helping Tabish realise his potential.’