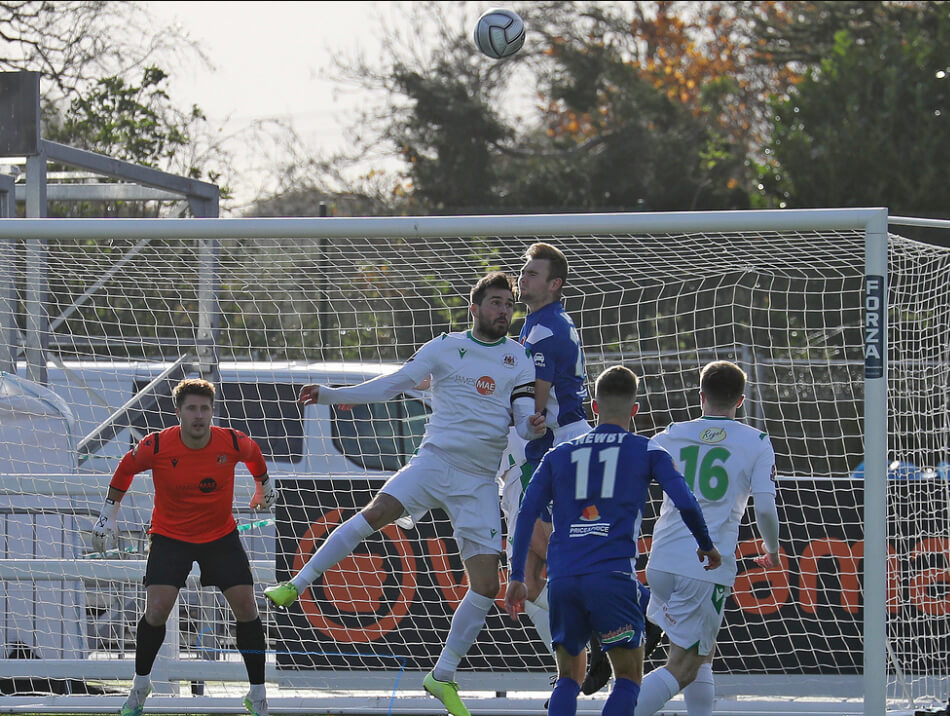 The Brakes led at half-time, thanks to an early goal from Sam Osbourne and then, with additional time announced, Simeon Maye found the bottom corner from 12 yards.

Bradford reduced the lead with a Brad Dockerty goal, but, two minutes later, the away side restored their two-goal cushion with an excellent Osbourne strike from 20 yards

After a quiet opening period, the visitors broke the deadlock. As Avenue goalkeeper Dan Atkinson rushed out of his goal, Osbourne was calm and composed as he took the ball around him and slotted the ball into an unguarded net from 14 yards.

Osbourne, who continued to cause problems for the Bradford defence, nearly scored his second of the afternoon. After receiving the ball from Jack Edwards, the winger’s drilled shot was well blocked by left-back Harry Boyes inside the box.

Then, the hosts should’ve equalised from a corner. A deep, inswinging delivery from Nicky Clee found Jake Hibbs, but he couldn’t connect properly and scuffed his shot wide from close range.

With the additional time shown on the touchline, Paul Holleran’s side doubled their advantage. Another flick from Edwards, after hesitation in the Avenue defence found Maye, who was unmarked. The midfielder took a few touches and fired a right-footed effort past Atkinson from 12 yards.

After the break, and with the introduction of debutant Regan Booty, Bradford started to push men forward.

After a well-worked move involving Booty and Boyes, Knight curled over a right-footed effort from 20 yards. But it was more positive, drawing an applause from the Avenue dugout.

Then, they deservedly halved the deficit. Despite earlier missing a one-on-one chance, Knight spotted the run of Brad Dockerty through the centre of the pitch. With Weaver to beat, the winger calmly slotted the ball into the net to give the Avenue hope.

But that hope was quickly extinguished as the Brakes scored a wonderful third goal. A corner was cleared away and after excellent play from Lance Smith to turn and keep the ball in play, the striker found Osbourne. The winger sprinted towards goal and fired an unstoppable right-footed strike, from 20 yards, into the top corner.

The Brakes produced a stubborn defensive display to deny Bradford a way back into the game and the evening got worse for the hosts. With a minute left to play, Hibbs was aggressive in a challenge and referee John Mulligan rushed to his pocket for a red card and dismissed the midfielder to add to a miserable afternoon for Bradford.