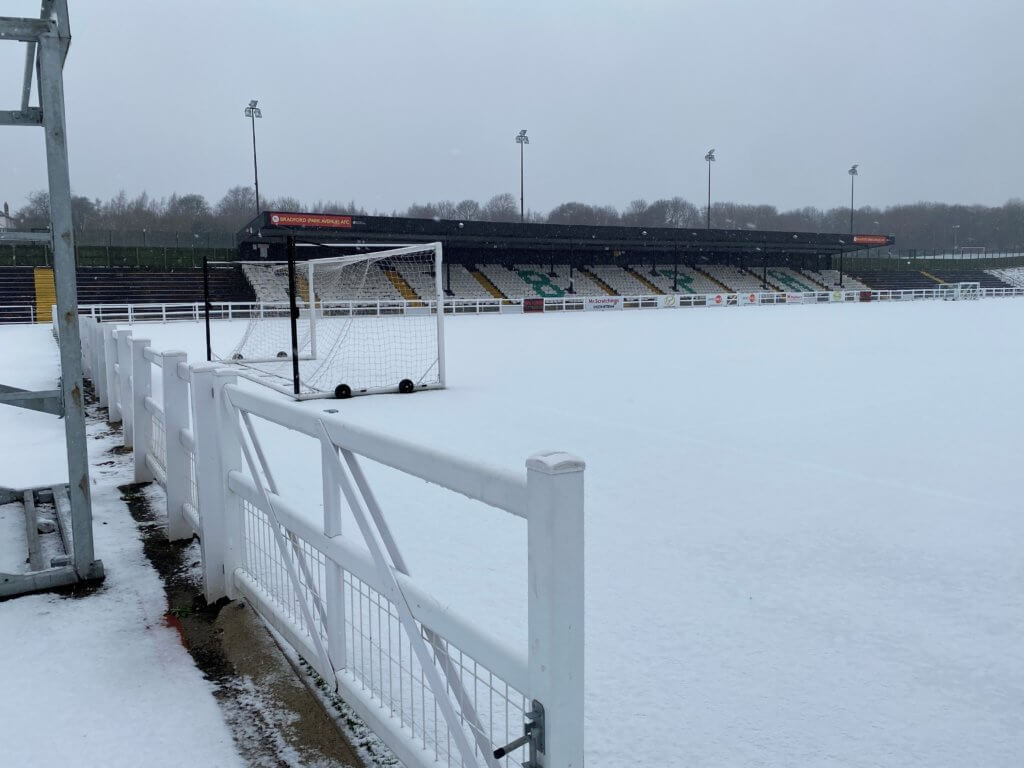 The heavy snow and cold weather conditions have put pay to the game tomorrow with Chester City. Manager Mark Bower has been down to the ground this afternoon and after consultation with Chester City and the National League it has been decided to postpone tomorrow’s match on safety grounds. We are working with Chester and the league to try and re-arrange the fixture for later in January.

It would’ve been the first game that new loanee Alex Wollerton would have been available for, after we secured him on a 30 day loan from York City. We can also confirm that Harry Boyes loan spell with the club has come to an end with it highly unlikely that he will return to the Horsfall. We would like to thank Harry for his performances and total commitment in games he played for the Avenue.