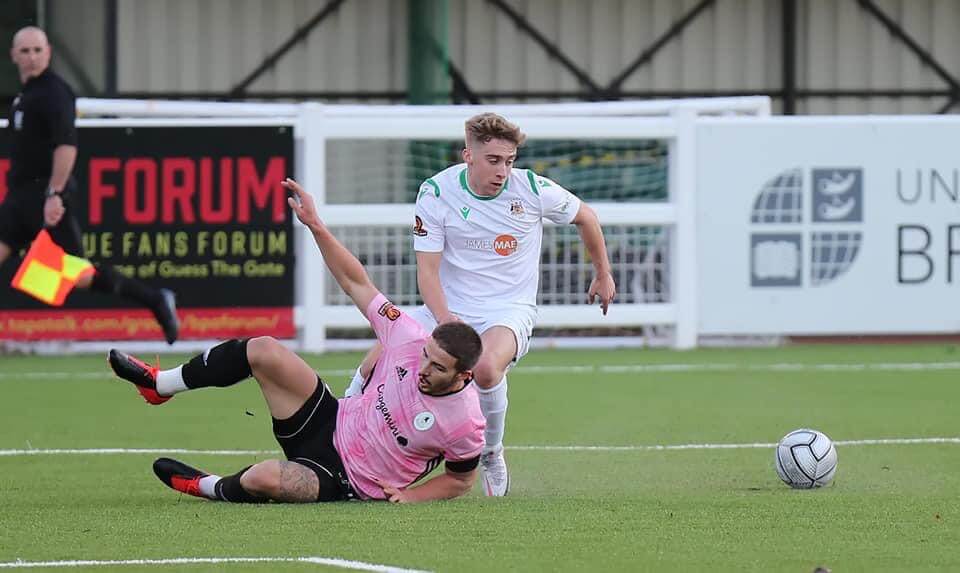 The Bucks opened the scoring as possession was given away by Mark Ross and the ball ended at the feet of Dominic McHale who fired home from 18 yards. The winger scored his second, quickly after the break, with an excellent strike from 20 yards before Lewis Knight’s goal set up a nervy finish.

In a cautious start to the game, there were few chances for both teams. The visitors enjoyed some early ball but were unable to trouble Dan Atkinson in the Bradford goal, despite McHale blasting over from 14 yards.

The Avenue should’ve done better with two opportunities at goal.

Nicky Clee was enjoying some early success in the centre of park and after running towards the touchline, he crossed the ball to Adam Nowakowski, but the number nine nodded wide from 12 yards.

Minutes later, Isaac Marriott turned inside his marker in the box, but with Nowakowski unmarked to his left, the midfielder dragged his left-footed effort wide from 12 yards.

And the Bucks made the most of that missed chance to break the deadlock. Throughout the first 45, the Avenue were giving away some cheap possession on several occasions and as Ross lost it down the right wing, a pass was played to McHale who was clinical and struck a powerful strike into the bottom corner.

A couple of minutes after half time, McHale doubled his side’s advantage as the Avenue cleared the ball to the winger, and his excellent left-footed effort was too quick for Atkinson from 25 yards.

The Bucks midfielder Andy Bond, who was cautioned in the first half, received his second yellow card after tripping Nicky Clee inside the centre-circle.

Both teams had appeals for a penalty but referee David McNamara waved away the protests before Bradford reduced the deficit.

Brad Dockerty found plenty of space down the left wing and the winger pulled the ball back to Knight who miss hit his left-footed strike but the ball found the back of the net from close range.

But the Bucks defended well, allowing the Avenue possession inside their own half but dealt well with any danger.

The only chance that nearly saw the hosts equalise was from Dockerty into added on time. The winger ran across the edge of the box and after seeing the goal, he curled a right-footed effort just wide of the post .