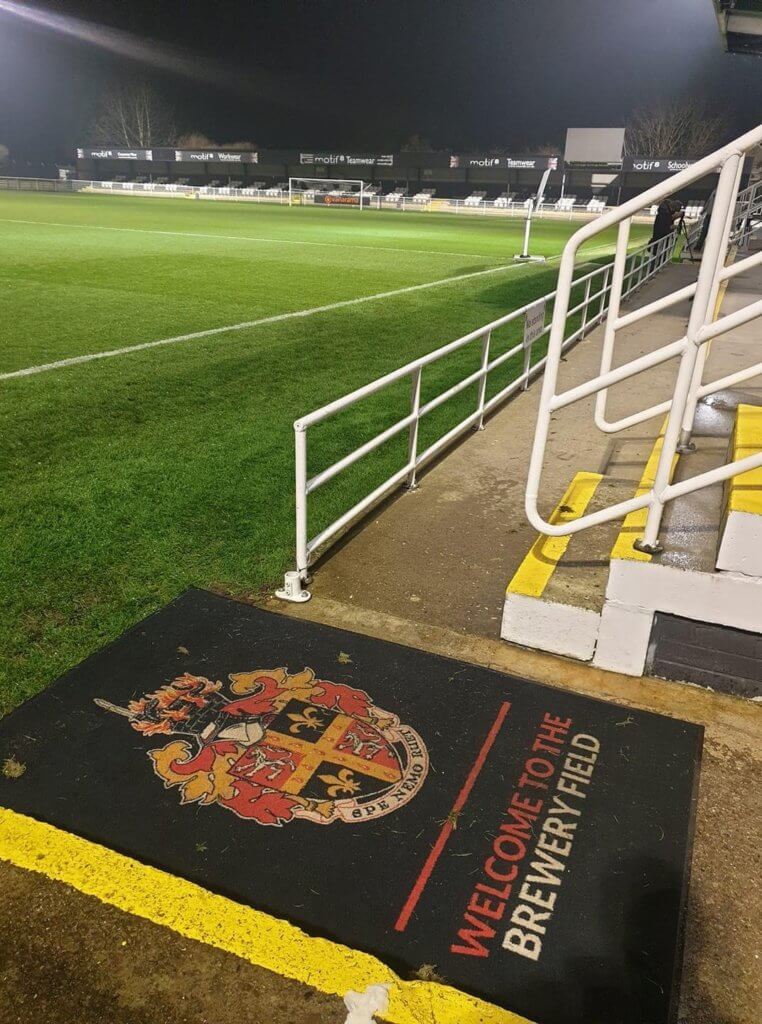 Bradford took the lead as Lewis Knight showed great composure to slot the ball into the net before the Moors levelled through a volley from Ryan Hall in the second half. The Avenue regained the lead  a couple of minutes later  with another excellent Knight strike but Taylor nodded the ball past Dan Atkinson in the final minutes of the game.

Despite a bright start by the Moors, the visitors took the lead. Captain Luca Havern produced a bit of magic in the centre of the park and threaded a through ball to Knight. The striker took the ball round goalkeeper Dale Eve and side-footed the ball into the net from ten yards.

Mark Bower’s side looked impressive and nearly doubled their advantage. Harry Boyes, who drove down the left wing, pulled the ball back to Isaac Marriott, but the midfielder’s strike went down the throat of Eve from 12 yards.

Five minutes later, the Moors could’ve equalised as Rob Ramshaw was put through, one-on-one with Atkinson. But, the midfielder failed to hit the target from ten yards.

Before the break, Atkinson, who continues to make some unbelievable saves, made another from a corner as Taylor rose above his marker, but the Bradford number one tipped the ball against the bar.

Then, into added time, a free-kick from Nicky Clee was half-cleared and as the ball dropped out of the sky, Brad Dockerty hit a stunning left-footed volley, from 16 yards, which brushed the bottom of the post.

After the break, Havern came close to scoring his side’s second goal of the afternoon. A low set-piece from Knight was controlled by the defender and after twisting the ball onto his right-foot, his effort went agonisingly wide of Eve’s far post.

After watching Atkinson save well from Taylor, Bradford, again, came close to doubling their lead. From distance, Knight hit a stunning strike from 35 yards, and with Eve at full-stretch, the ball grazed the crossbar.

After making a double substitution, the Moors pushed forward and scored an equaliser. Following Atkinson’s save from Scott McLean, the pressure continued and a defensive header went across the box which was smashed into the roof of the net by Ryan Hall from 18 yards.

Despite conceding, the Avenue replied with an excellent goal. Knight drifted off the left wing and, with confidence flowing through his veins, the striker curled a superb right-footed effort from 20 yards into the bottom corner.

Then, following a straight red card for Ryan Toulson for an off-the-ball incident with Taylor, Jason Ainsley’s side scored their second goal. McLean delivered a teasing ball which was flicked by Taylor towards goal, and despite Atkinson getting a hand to it, the ball found the back of the net from 12 yards.

Into the final few minutes, the Moors threw men forward and substitute Frank Mulhern had two opportunities to snatch a dramatic victory. But, the Avenue held on for a deserved draw in the North East.