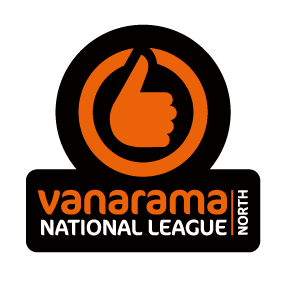 The away side broke the deadlock as Danny Elliott’s rebound from a penalty gave his side the lead. With half-time approaching, it was another rebound that punished Bradford as John Johnston chipped Dan Atkinson and several Avenue players from the edge of the box.

After the break, Bradford recovered well and got back to level terms with goals from Luca Havern and Lewis Knight.

With 89 minutes on the clock, Kevin Morgan scored a wonder goal from 20 yards but an own Josh Askew own goal into added time sent the Avenue into celebration.

The Avenue started brightly, playing some decent football on the quick surface due to heavy rain in the region throughout the day.

Bradford could’ve taken an early lead as Knight’s shot was saved by Chester FC goalkeeper Louis Gray inside the area. From the rebound, Brad Dockerty’s left-footed effort was deflected wide from 12 yards.

Despite enjoying more of the possession, the Avenue conceded a penalty. Jamie Morgan skipped past a couple of challenges on the right wing and went down inside the area. The referee pointed to the spot, with Mark Bower fuming at the decision from the touchline. Danny Elliott saw his shot saved by Atkinson before smashing the rebound into the corner.

In the lead and getting used to the surface, the visitors took the game to the Avenue, but it was the hosts who should’ve equalised.

Jake Hibbs, returning from suspension, won the ball from Askew and fed Knight, who was through on goal. The striker dribbled towards Gray but the in-form number ten dragged his shot wide from 14 yards.

After losing Will Longbottom to injury, Bower’s side conceded their second goal of the evening.

Atkinson made another fine save, this time denying George Glendon from 12 yards. The ball bounced off his feet into the path of Johnston and the winger lifted the ball over the Avenue goalkeeper and into the far corner from 16 yards.

With words of Bower, Danny Boshell and Ryan Toulson ringing in their ears, the Avenue players started aggressively, pressing further up the pitch and disrupting their opponents pattern of play.

With two attempts from Nicky Clee and Brad Dockerty setting the tempo, but failing to trouble Louis Gray in the Chester FC goal, Bradford halved the deficit.

Knight’s in-swinging corner was flicked into the path of Havern at the back post, and the defender toe-poked the ball into the roof of the net from close range.

And then, Knight scored a crucial equaliser. The striker used his pace to chase down a pass from Clee into the left wing. With some excellent footwork, the striker put the ball through the legs of a defender, carried on driving into the box, shrugging off a couple of challenges along the way before scrambling the ball home.

After getting level on the scoreboard, Bradford continued to impress and posed an attacking threat, with Clee and substitutes Luke Rawson and Oli Johnson coming close to giving their side the advantage.

With the additional minutes about to announced, the visitors thought they’d won the game with a stunning goal.

Morgan, outside the penalty area, expertly controlled the ball on his chest and then unleashed a sweet right-footed volley into the top corner past Atkinson, who was rooted to the spot.

Following celebrations on the pitch, the away side got back in position for the restart, with only a few minutes left to play.

But the character of this Avenue side never fails to amaze. This team never give up.

Into additional time, the visitors had a numerical advantage in the final third, but a superb block from substitute Adam Nowakowski kept his side in the game.

And then, deservedly, the Avenue snatched a dramatic equaliser.

Clee pushed forward on the left wing and evaded a challenge before drilling a low cross past Gray. Captain Havern was lurking at the far post but Askew put the ball into his own net from close to the delight of the players and management on the Avenue dugout to earn a draw.