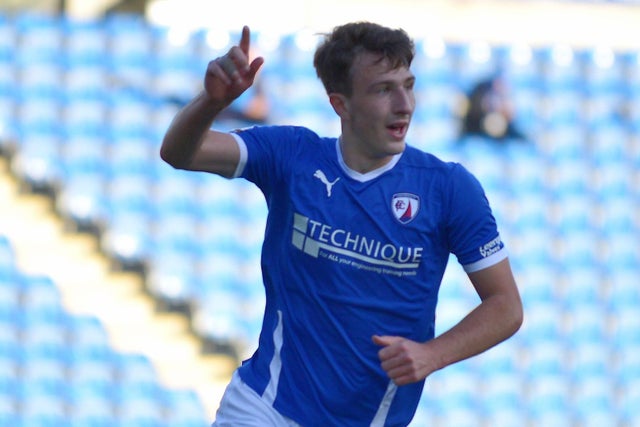 We can confirm that we have signed Luke Rawson from Chesterfield on a 5 week loan deal until the 23rd of February. The tall striker has played 8 times for Chesterfield in the National League this season scoring twice, he also enjoyed a loan at our divisional rivals Alfreton scoring once in 2 appearances. Luke will be available for selection for tonight’s game against Chester and will add some competition for places whilst adding some possible variance to our attacking style with his strength and size. Thank you to Chesterfield for helping make this possible so easily and quickly.

The club would also like to announce the non-contract signing of Liam Bennett. Liam has been training with the club for the last couple of months after returning to the UK from the USA where he studied and played for the Louisville Cardinals after his release from Leeds United, where he played alongside the likes of Lewis Cook and Kalvin Phillips.

We would like to welcome both players to the club and wish them all the best in their time with us.