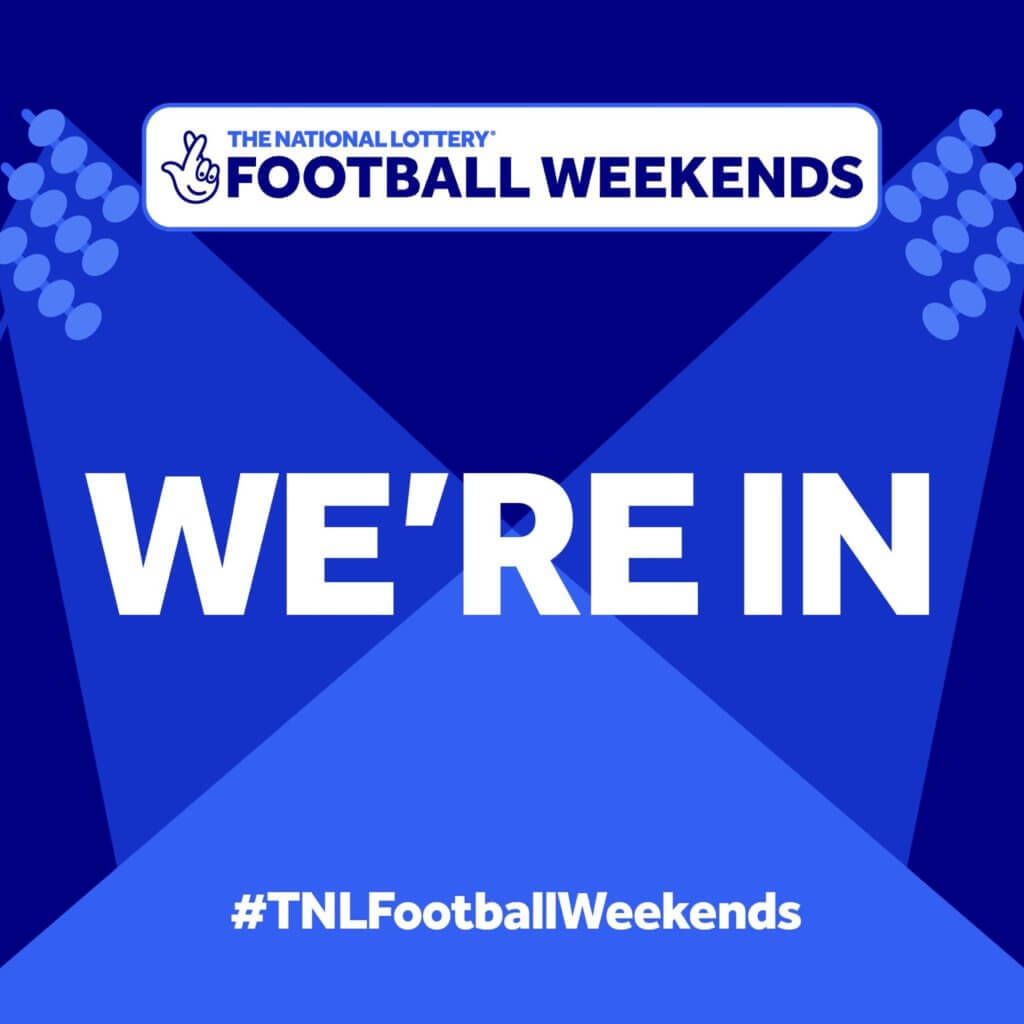 National Lottery players across the country, including those from Bradford, are being given the chance to watch their local football teams for free as a thank you for the over £12.5 million of National Lottery funding which helped these community clubs survive when the Covid pandemic struck and football at this level effectively shut down.

The National Lottery Football Weekends campaign will make over 100,000 tickets available on a ‘Buy One Get One Free’ basis for National Lottery players for selected matches in March and April, including Bradford (Park Avenue) It aims to get people out to watch and really get behind their local team, perhaps for the first time, and experience the vital role these clubs play as part of their local community.

Thanks to National Lottery players, during the height of the Covid crisis a total support package of over £12.5 million from The National Lottery was made available and proved vital for many local clubs across England, Scotland, Wales and Northern Ireland, to survive the loss of essential matchday revenue as football shut down.

“In nearly every corner of the country you will find a football club which does much more than just kick a ball around on a Saturday afternoon. These clubs make a difference to so many in their community and they suffered perhaps more than any other part of our game during the pandemic. The support of National Lottery players has been crucial in helping them survive and now you can support them again, but this time from the terraces.”

To find out more about The National Lottery Football Weekends and to find your nearest match visit: www.thenationallotteryfootballweekends.co.uk.

Each club will be responsible for distributing tickets for its home match and details on how to claim will be available from each club. Terms and conditions apply.

The money for this campaign, as well as the initiatives with the various FAs and leagues across the UK during Covid came from a National Lottery promotional fund, it was not funded by money allocated for National Lottery Good Causes or by Camelot.

The National Lottery is also working alongside Non-League Day, a campaign set up in 2010 to encourage supporters of clubs playing at the highest levels of the game to support their smaller local or non-league club and sample the unique matchday experience of football at local level.

The National Lottery has always played a vital role in supporting elite, community and grassroot sport in the UK. Including football, The National Lottery has invested more than £5.7 billion into grassroots sport since it was established in 1994. In the last year nearly £395 million was given to grassroots and elite sport good causes, funding everything from facilities to playing fields and creating opportunities for everyone to get active and improve their lives through sport.