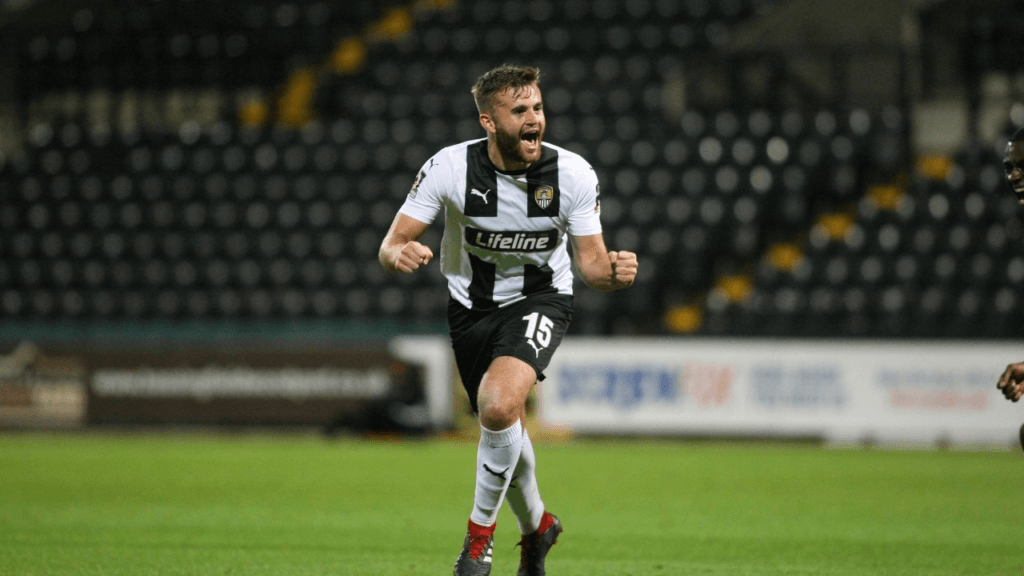 With the hectic Christmas period shortly upon us and suspensions and injuries challenging our committed but small squad Mark Bower has moved to secure the services of local lad Regan Booty. 22 year old Booty who hails from Huddersfield and came through the Huddersfield Town academy. Booty made 42 appearances for Aldershot whilst on loan which won him his permanent transfer to Notts County. He made 24 appearances for the magpies as they secured a playoff place in last years shortened season, scoring 2 goals along the way. The cultured left footed central midfielder enjoys dictating play, by getting on the ball and creating chances for his team mates. Regan will go straight into the squad for tomorrows National League North home game against inform Leamington. You can see Regan live on our streaming platform.

‘I’m glad to get everything sorted in time for the game tomorrow. I’m really looking forward to getting that match day buzz back and to be back playing games. I already know a few of the boys, so I’m looking forward to meet the rest of the squad and get going’

‘Regan is a player we have kept an eye on over the last few years. Myself and Mark watched him at Huddersfield Town on numerous occasions and we tried to bring him in previously so we know the qualities that Regan can bring to the team. He’s an aspiring young player who wants to progress in the game, so hopefully his hunger and quality will be beneficial all round’

The club would also like to confirm that Ethan Henderson and Ion Ibrain have both left the club and we would like to wish them both well with their footballing careers.