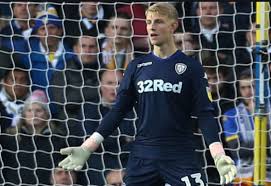 We are extremely pleased to be able to announce that we have signed Will Huffer on a short term contract. Huffer is a product of the Leeds United academy and was released at the end of last season after a testing time where he had struggled with a long term wrist injury. During his time with the whites, the 6’4” ‘keeper played once for them at Elland Road in a Championship game and made 5 appearances for Barnet in the National League during a loan spell there. In a recent article Huffer discussed his ambition to just get back to training and playing and we have given him that opportunity in order to help him reach the undoubted level he is capable of. We hope he gets a smile back on his face and remains injury and pain free. Like our number 1 goalkeeper, Dan Atkinson, Huffer has also represented England at U16, U17 and U18 and we now have two incredibly talented young goalkeepers available for selection.

‘I’m really excited to sign for BPA and be able to help the team push forward and have a successful season. On a personal level, I’m grateful for the opportunity to play some football and hopefully I’ll be able to repay the trust by putting in some good performances’

‘We’re delighted to get Will signed up. He has been training with us recently after a spell out of the game and it has been obvious to see his natural ability. Will’s signing means we have two outstanding goalkeepers, both young and with bright futures in the game’