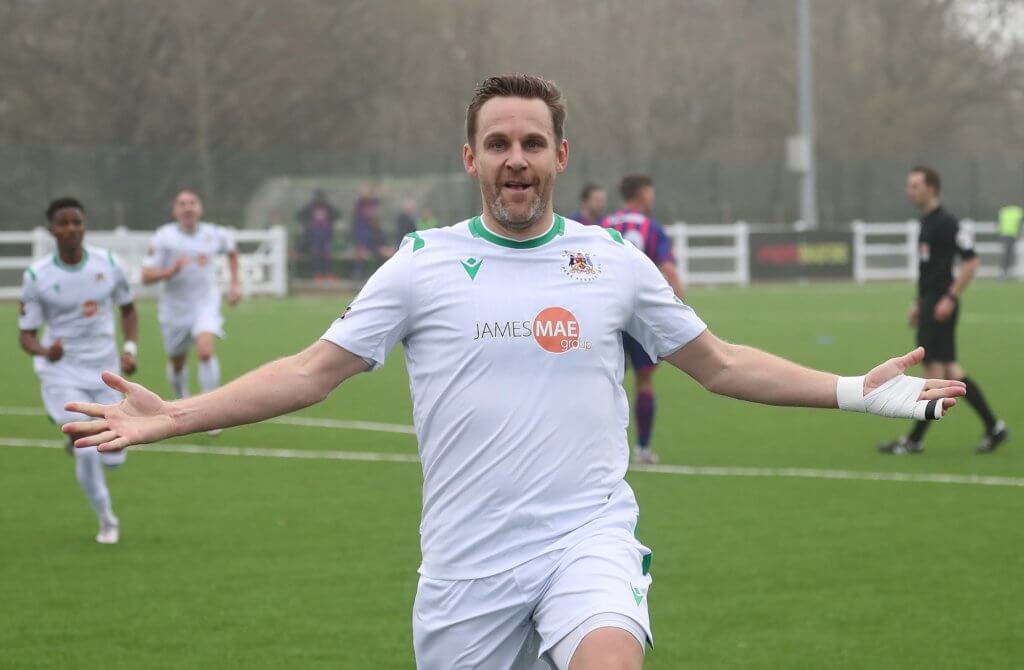 Following debutant’s Omar Sanyang header, saved by George Willis, quick reactions from the home side saw Hibbs fire home from 12 yards to give his side the lead.

The Avenue doubled their advantage after fine play between Isaac Marriott and Clee, saw the number eleven unleash an unstoppable strike into the top corner from 16 yards.

The visitors, buoyed by being unbeaten before kick-off, were playing with plenty of confidence flowing through their veins.
The first notable opportunity fell to striker Elliott Reeves who capitalised on confusion between Luca Havern and Dan Atkinson, but his instinctive effort smashed against the side-netting from eight yards.

Billy Heath’s side continued to dominate the game and forced Atkinson into two excellent saves. Firstly, the Avenue number one denied midfielder Dan Bradley who struck a low right-footed effort towards the bottom corner.
Ten minutes later, Reeves collected a loose pass from the Avenue, but the striker’s powerful strike was pushed wide from close range.

Then, somehow, the away side didn’t break the deadlock. Inside the box, Bobby Johnson fired an effort on target which was superbly saved by Atkinson. From the rebound, Reeves set himself up, and his strike was bravely blocked by Hibbs and smashed against the woodwork from six yards.

With the half drawing to a close, the Avenue started to look more dangerous and Willis was called into action after stinging his palms from a 25 yard strike from Clee.

After the break, and still in the game, Mark Bower’s side looked stronger and caused more problems for the Alfreton Town defence for the final 45 minutes.

Harry Boyes, who continues to impress in the white and green, was cutting through small gaps to create chances and winning vital free-kicks in crucial areas of the pitch. It was his delivery which found Hibbs but his header was saved by Willis from 12 yards.

With twenty minutes left, Bradford opened the scoring. Lewis Knight delivered a teasing cross to Sanyang, who’s header was saved by Willis. But, he was alert and first to the second ball which allowed him to pass to Clee, and his first-time lay-off was struck home by the unmarked Hibbs.
Proving difficult to break down, the Avenue extended their lead in fine fashion. A quick counter-attack started by Clee saw Marriott take his time after receiving a diagonal ball. The midfielder spotted and chipped an excellent ball to Clee at the far post and he fired a left-footed shot into the top corner.

The visitors tried to find a way through a stubborn Avenue defence but were denied, with excellent organisation from back to front.
Into additional time, the tireless Marriott sprinted to chase down a short back-pass and managed to beat Willis to the ball. From 35 yards, on the touchline, the young midfielder tried to score, but his effort brushed the post which saw the referee blow his final whistle as the Avenue dugout celebrated an excellent victory