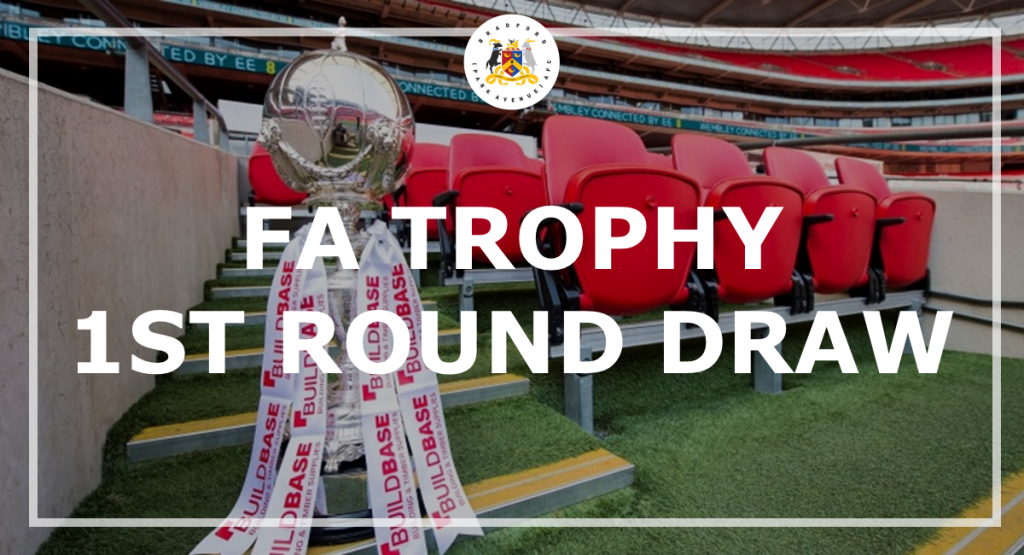 The tie was announced live on talkSPORT on Monday, following Bradford’s 2-0 victory away at Gloucester City in the third qualifying round.

The first round will feature all the 24 current National League teams.

Halesowen currently sit 6th in the Southern Central of Non-League Division 1 after collecting a tally of 24 points with 8 wins and 2 losses in 10 games, although they do have several games in hand over the teams above them.

The game will take place on Saturday the 14th of December at 3:00pm at the Horsfall.

The winning clubs from this round will take home a prize of £4500 while the losing teams will collect £1500.

Bradford were originally scheduled to have the week off, so this fixture will have no bearing or impact on any future league games.

Please note that as this is not a league game season tickets will not be valid for this fixture and it will be pay at the gate.