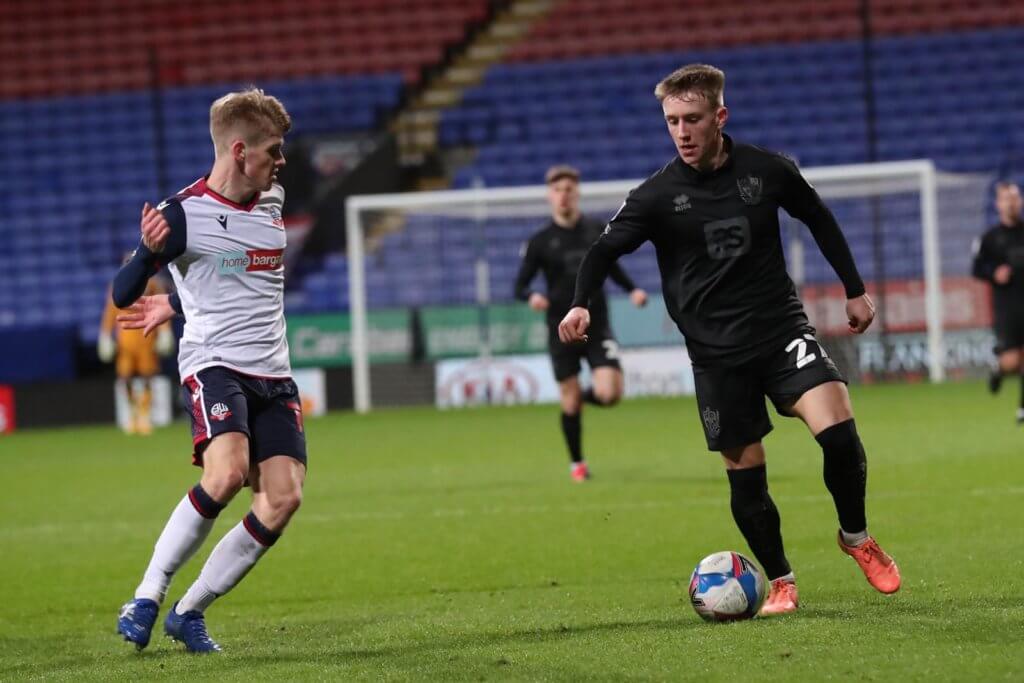 Yesterday our very own Alex Hurst made his league debut for Port Vale, coming off the bench half way through the second half in the EFL 2 league game against Ex Premier League outfit Bolton Wanderers.

It marks the fruition of a long journey for Hurst after his two year stint with the Avenue. Initially released by league side Crewe Alexander, the skilful Hurst found his way to The Avenue via Matlock Town. An impressive debut season saw a transfer to Port Vale with the attacking midfielder being loaned back to Bradford for a second season.

We would like to congratulate Alex on his league debut and wish him many more appearances in the Football League.

‘Alex has done an amazing job to get his first appearance in the football league. He is the epitome of hard work, talent and humility. He joined us after the disappointment of his release and continued to work hard and learn from Mark and Danny during training and the likes of Clee, Johnson and Rowe in matches. Lots of young players don’t get this type of opportunity to learn like this or get the sound advice to maybe drop down a league or two to play regular men’s football. This is exactly the type of success story that a few of our other talented young squad should look at and believe that they can achieve exactly the same with us.’