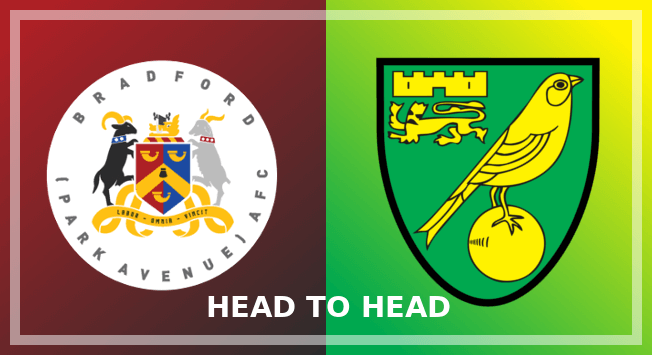 As anyone will know, Canaries like to sing, so it’s no surprise that the club with that nickname boasts the oldest known football chant on record.

The song is in fact older than the club itself, having probably been penned for Norwich Teachers or Caley’s FC in the 1890s. The writer of the song is often attributed as Albert T Smith, who became a director of Norwich City when the club was founded in 1902, and the song was adopted by fans of the club.

As this is the final article of our head to head stats against current Premier League giants, it seems fitting to see it out with a song, so here are the lyrics to Norwich’s song below:

In the days to call, which we’ve left behind,
Our boyhood’s glorious game,
And our youthful vigour has declined
With its mirth and its lonesome end;
You will think of the time, the happy time,
Its memories fond recall
When in the bloom of your youthful prime
We’ve kept upon the ball

Kick it off, throw it in, have a little scrimmage,
Keep it low, a splendid rush, bravo, win or die;
On the ball, City, never mind the danger,
Steady on, now’s your chance,
Hurrah! We’ve scored a goal.

Let all tonight then drink with me
To the football game we love,
And wish it may successful be
As other games of old,
And in one grand united toast
Join player, game and song
And fondly pledge your pride and toast Success to the City club.

Kick off, throw in, have a little scrimmage,
Keep it low, a splendid rush, bravo, win or die;
On the ball, City, never mind the danger,
Steady on, now’s your chance,
Hurrah! We’ve scored a goal.
City!
City!

Now, onto the stats: