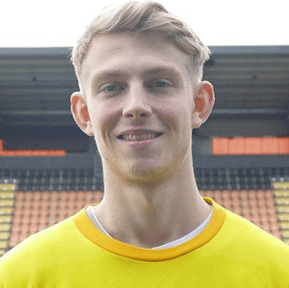 The club are pleased to announce that Will Huffer has sealed a deal with Bradford City and makes his move back into fulltime football in the EFL. With City having a long term injury to their Captain and first choice keeper, they moved quickly to secure the services of The Avenues ex England youth international Will Huffer. Huffer who only joined Avenue in October of this year and made one appearance for the first team in the FA Trophy loss away at this weekends opponents Chester City.

Lee Turnbull was instrumental in getting the deal done and we would like to thank Lee and Bradford City for their courtesy and professionalism in concluding the arrangement.

‘I am really happy for Will, when he agreed to join us it was always with a view to getting him fit and playing again so that he would have the chance to fullfill his obvious potential. In any other season Will would’ve made a lot more appearances for us, but we have been in the fortunate position of having the best two ‘keepers in the league in Dan and Will.

When I came into the club it was on the premise that we would bring in and develop young players who for a variety of reasons had not quite made it in the full time game. We aimed to give them the playing time to ‘learn on the job’ and help them achieve their goal of being full time professional footballers. I think Will, could be the first of a few this season that push onto the EFL, with the likes of Brad, Luke, Matty, Isaac and Lewis all putting in strong cases for making the step up. The game time they are getting here playing along side the likes of Nicky, Luca, Mark and Ryan teaches them way more than spending time in a football league clubs under 23’s.’

‘We have been very fortunate to have had two excellent senior goalkeepers at the club for the past couple of months and whilst disappointed that Will is leaving us, I’m pleased that we have been able to help Will regain some fitness and get himself back into the Football League. City have got themselves an excellent goalkeeper and Will leaves with our best wishes.’