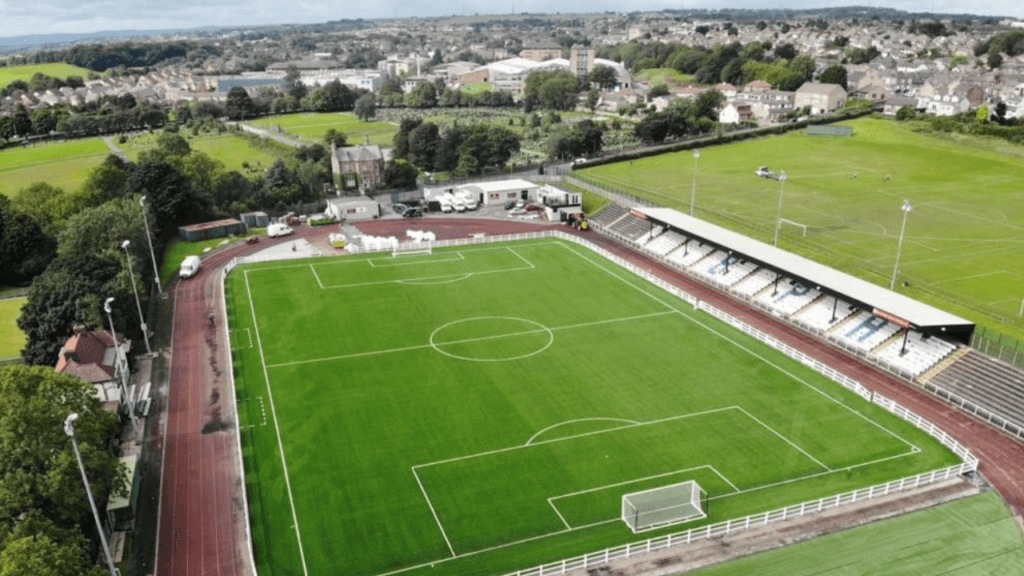 Two second half goals from AFC Fylde captain Alex Whitmore denied the Avenue their second victory of the season.

Whitmore netted with his head twice in the space of seven minutes to grant the Coasters a two-goal lead, before withstanding late pressure from Bradford.

Avenue announced the signing of former Bradford City and Tranmere Rovers winger Dylan Mottley-Henry prior to kick-off, with the winger slotting straight into the starting lineup.

But it would be Fylde that had the majority of the chances in the opening half, with Avenue’s Jonny Saltmer the saviour. Saltmer denied a bending free-kick from Nick Haughton, before parrying Sam Osborne’s close range effort.

Fylde had their biggest chance so far just over half an hour in, as Haughton’s corner was nodded back across goal by Jamie Stott, and Saltmer somehow kept Whitmore from opening the scorline, saving his effort from three-yards out!

But heading into the second half, the deadlock was broken.

The away side’s relentless pressure was rewarded via captain Whitmore, who broke away from his marker and met Haughton’s searching corner, thumping his header past the outstretched Saltmer to give Fylde the lead in Yorkshire.

And just seven minutes later, it was a similar punishment for Avenue.

Another Haughton set-piece found Whitmore at the back post, unmarked and with an eye for goal, as the former Morecambe defender once again converted and headed past Saltmer from close range.

Mark Bower’s Avenue weren’t going to roll over without a fight though, and the hero at Darlington, Luke Rawson, came close to sparking a fightback, as his close range effort was denied by Chris Neal.

Rawson was once again searching for his second of the season, as Luke Conlan’s poor clearance fell to the striker, but his acrobatic volley was sliced away from the target.

Jordan Windass was keen to replicate his heroics against Boston United and took a note out of his dad’s book, as his 35-yard rocket was palmed away once again by Neal.

But Fylde were to end the game the dominant, as captain Luca Havern produced a goal-saving tackle to deny Jack Sampson, whilst Saltmer ended a nice move with a Ben Tollitt strike.

Following three minutes of additional time, there would be no heroic comeback and the away side held onto their three points, leaving Yorkshire in good spirits.