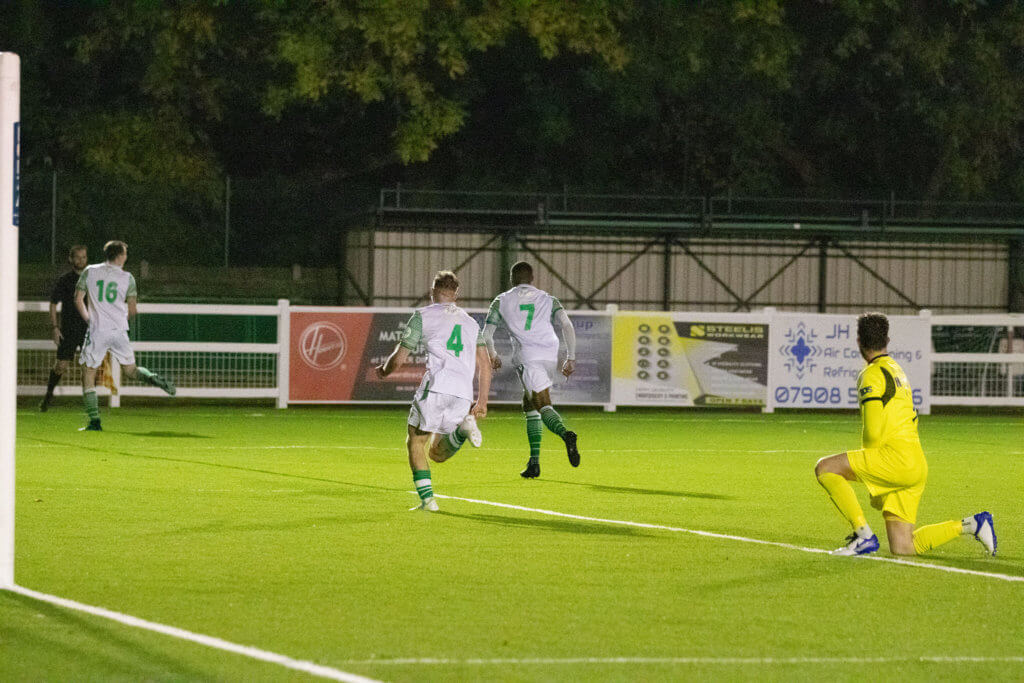 Gabriel Ramsey provides the write up!

An excellent second half turnaround from Mark Bower’s Bradford Park Avenue helped grab the West Yorkshire side their second victory of the season.

Prior to kick-off, Bower’s side needed a win to pull away from the relegation zone, whilst Blyth sat in 17th position after an underwhelming start to the league campaign.

It was an even start at the Horsfall Stadium, but Blyth looked to penetrate the Bradford defence immediately as O’Donnell and veteran midfielder Robbie Dale linked up, with the latter having a strike heroically blocked.

Last week, Park Avenue announced the dual signings of Sheffield United youngsters Nicksoen Gomis and Oliver Arblaster on loan, and it was Arblaster who made his second consecutive start and threatened, having a long-range strike comfortably held by Alex Mitchell.

Avenue began to dominate and toy with the idea of an opener, as Isaac Marriott, Brad Dockerty and Akeel Francis all came close to beating Mitchell in goal.

But the closest Bradford would come in the first half would be through defender Mitch Lund, who pounced on a teasing cross from Mark Ross but the woodwork would deny the former Morecambe man his first goal of the season.

With the end of the first half fast approaching, Avenue’s pressure was nearly rewarded by Francis dragged his strike wide, allowing Blyth to punish. First, Dale had a 25-yard free-kick cannon off of the crossbar, before Maguire acted superbly to round Johnny Saltmer in the Bradford goal and tee up O’Donnell, who made no mistake in converting the chance and granting Blyth a first half lead.

Heading into the second half, Bradford needed a response and nearly immediately got one from Dylan Mottley-Henry, who was left unmarked but his header could only tamely bounce wide.

Blyth weren’t going to roll over though, as the Spartans attacked through Maguire, who fed Robbie Thomson in behind before his powerful strike was saved by Saltmer at his near post.

But just as Blyth were looking to equalise, they were instead pegged back- through captain Havern. Youngster Arblaster played a silky one-two with Marriott before bending a ball onto the head of Havern, who was composed in heading past Mitchell from an awkward angle.

Avenue had to be careful to defend their equaliser however, as Sean Reid and Maguire both had chances well stopped by Saltmer.

And despite the pressure, it took a moment of beauty for Bower’s side to take the lead, and step up Rawson.

Coming off of the bench, Rawson took aim from distance and hammered a rocket past the stranded Mitchell, producing a moment of glory for the home side who had the three points in their clutches.

Marriott nearly replicated Rawson’s brilliance with an attempted half-volley, but Mitchell was equal to it.

But with the clock into stoppage time and three points moments away, there would be controversy at the Horsfall, as Dale’s tricky cross allegedly crossed the line, but the linesman remained vigilant and no-goal was given, granting Bower’s side a crucial three points.