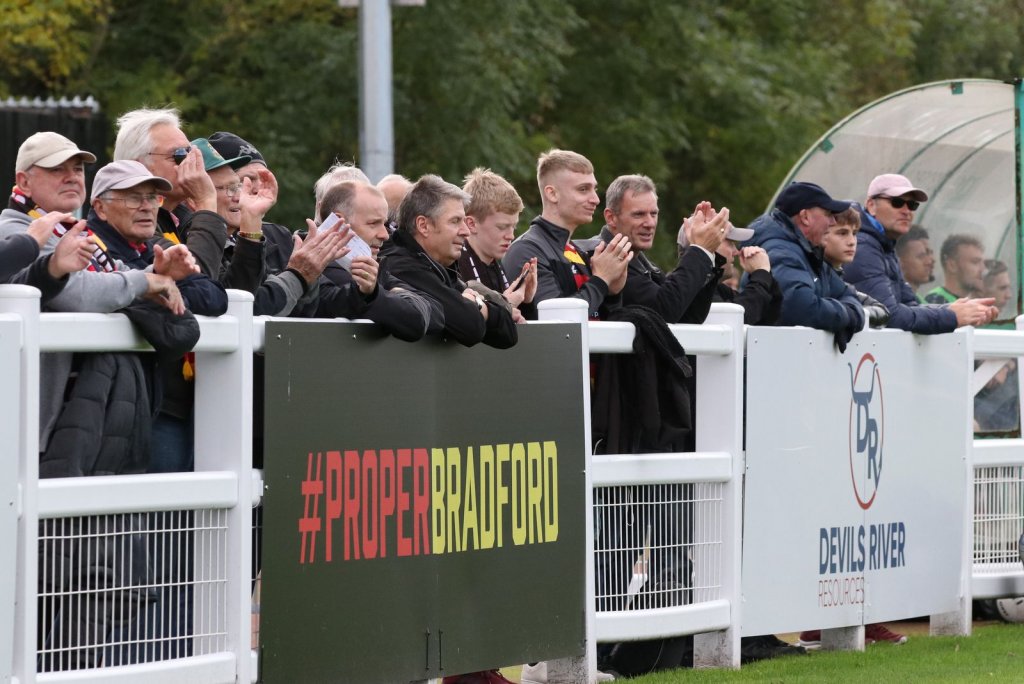 Avenue drop out of the West Riding County Cup despite taking an early lead against the home side.

The break in league action meant that Avenue boss, Bower could take a look at fringe players, as well as naming three Academy scholars in the line up. Meanwhile, Harrogate named eight senior players in their line-up.

Avenue started well forcing a good save from Harrogate’s stopper, Cracknell in the seventh minute.

Jack Emmet nearly opened the scoring for the home side in the 13th minute, hitting the post with a good curled effort inside the box.

Avenue opened the scoring on the 16th minute with an excellent run from Villa loanee, Isiah Bazeley who burst past his marker, into the box and slotted the ball low to the right to put Avenue one up.

The lead didn’t last however as Town responded by scoring only a minute after the restart. Jon Stead received the ball on the right side of the box and he fired a strike across the goal, out of the reach of the Joe Green.

Both sides continued to seek out the lead throughout the half and it was Bradford that looked strongest towards the break with Harrogate players blocking a number of shots to keep the teams level at the break.

The attacking form continued into the second half with both sides looking to get onto the front foot. A number of great tackles by the Harrogate back line prevented Avenue form breaking free on a few occasions and Bradford should have taken the lead in the 68th minute, when Lewis Knight was unable to find the net to convert from just a few yards out following the low cross from the right.

A handball in the 70th minute saw Avenue fall behind as Stead stepped up to secure his brace from the penalty spot, shooting low to the Green’s right.

Avenue continued to press for the remaining 20 minutes, but were reduced to ten men following a heavy challenge that forced Joe Ockerby to leave the field with an injury after all three substitutes were used.

Harrogate then used their one man advantage to see out the game and progress to the next round.