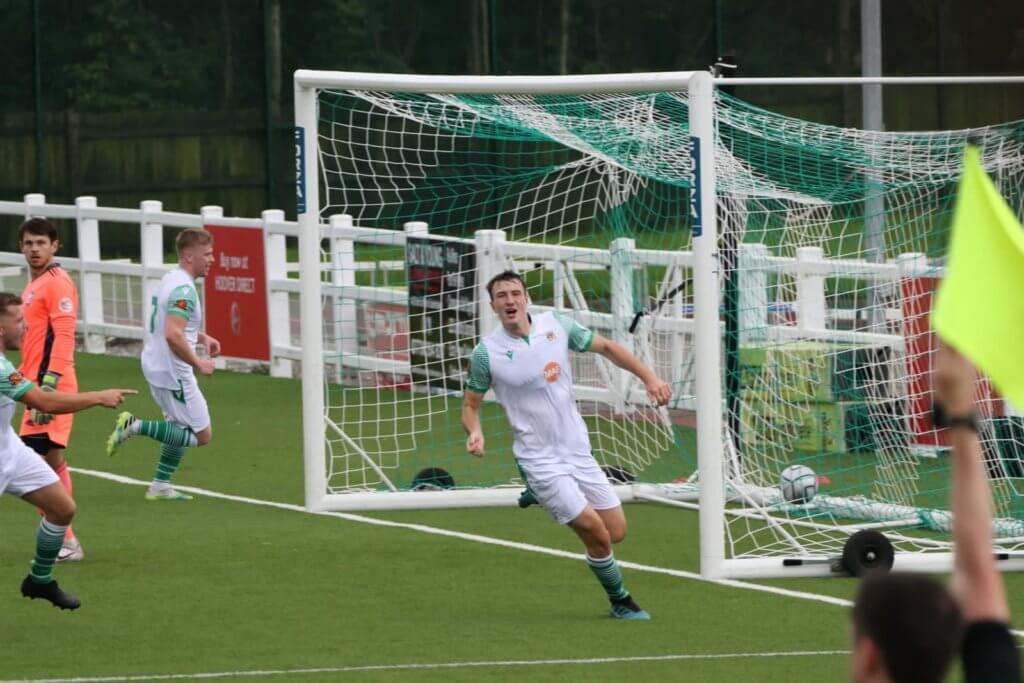 A late goal from Jake Hibbs earned his side a deserved point against Hereford FC at the Horsfall Stadium.

With their first attempt, the Bulls broke the deadlock as George Forsyth’s deflected strike flew past Johnny Saltmer from distance. But, with full-time approaching, Hibbs tapped home a cross from Jordan Windass to equalise.

It was the home side who created the better opportunities in the first half.

Brad Dockerty was the first player to get behind the defence, but the winger was offside after being played through on goal by the impressive Luke Rawson.

And, Rawson, who led the line, was denied his first Avenue goal by the linesman. A wonderful one-touch move saw Isaac Marriott find Akeel Francis who back-heeled the ball, first time, to the overlapping Windass. The right-back delivered a stunning delivery into the box and the number nine stretched to find the back of the net. But the linesman raised his flag for offside.

Minutes later, Rawson had another goal disallowed. A long goal-kick from Saltmer hit the Bulls defender Luke Haines. Rawson was alert to dispossess the centre-back and found the bottom corner from 16 yards. This time, the referee blew his whistle and awarded a free-kick against Rawson for a foul.

The lively striker nearly scored again, but his chip from 18 yards was tipped over the bar by the visitors’ goalkeeper Brandon Hall.

Bradford were punished for failing to score as Josh Gowling’s side took the lead. A pass into the path of Forsyth, who was free on the edge of the area, allowed the midfielder to curl a right-footed effort, helped by a deflection, into the top corner from 20 yards.

The away side grew into the game, and as Brad Dockerty left the field with an injury, Bradford came close to conceding a second goal before the break.

After Marriott was denied by Hall from 12 yards, the Bulls pushed forward. From a corner, Ryan McLean found himself unmarked, in front of goal, but nodded wide from close range.

As the rain started to get heavier in the second half, the away side contained the Avenue well and looked dangerous on the counter-attack, but failed to trouble Saltmer.

But, it was the players behind the front four that helped their side level the score. Windass gained possession on the halfway line and dribbled past several Bulls players before drilling a low cross across the face of goal. The energetic Hibbs was unmarked at the far post and tapped the ball into the net.

Buoyed by their goal, Bradford nearly grabbed a dramatic winner. Rawson, again, caused plenty of problems for the defence and after knocking the ball past a defender, the striker’s low right-footed effort was saved by the legs of Hall.