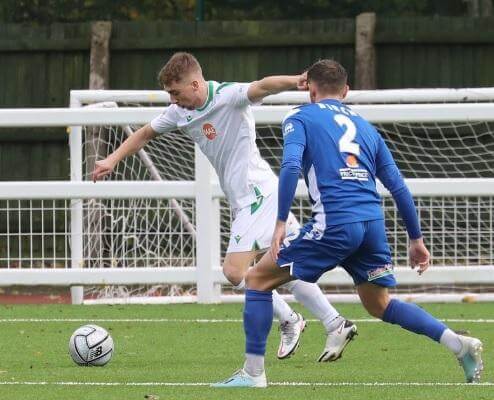 We can confirm that midfielder Isaac Marriott has today joined Altrincham for an undisclosed fee.

The midfielder has been in fine form this season, adding goals to his games that already included a massive amount of attributes

It is these performances that have had parked Altrincham’s interest.

In his time here Isaac has won many plaudits for his style of play, and whilst we are sad to see him go, we feel that Isaac can progress in full time football, and the right thing to do was not stand in his way.

Isaac becomes the latest to make the leap up the pyramid, following on from Lewis Knight joining Notts County earlier in the year, and signs off with a brace and a penalty in his last outing.

Everybody at the football club would like to thank Isaac for all his hard work here at the Horsfall, both on the pitch and with his work in our Academy and Summer Camps.