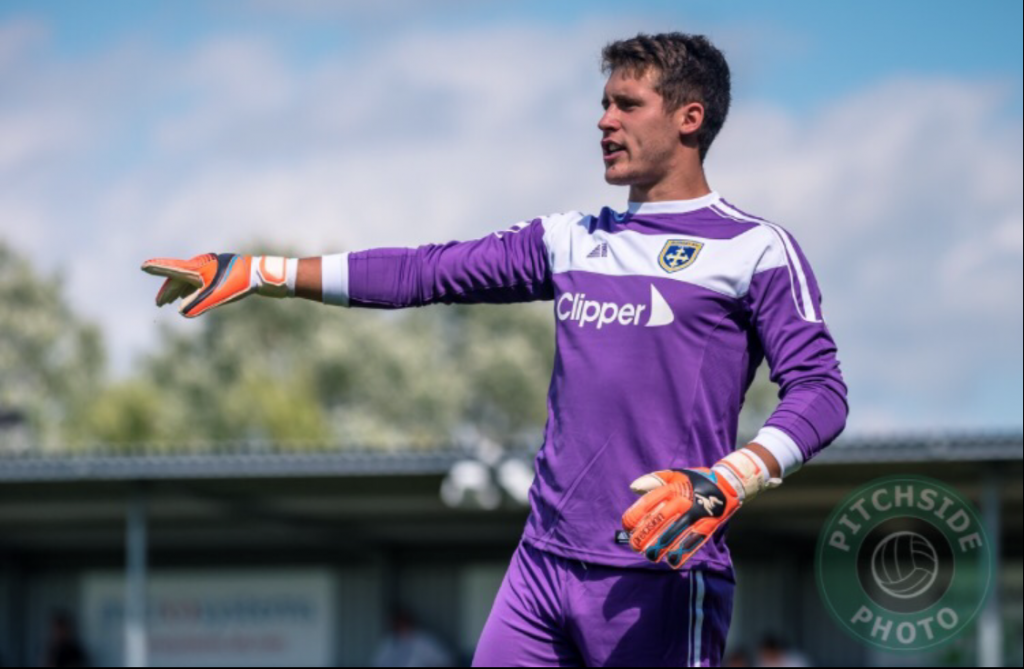 Bradford (Park Avenue) are delighted to announce that we have secured the signing of Dan Atkinson for the 20/21 season. The 24 year old Goalkeeper, began his development at the Leeds United Academy where he made appearances for England U16’s and England U17’s before moving to Guiseley. At Guiseley Dan played under our current management duo of Mark and Danny and made 18 appearances for Guiseley in the National League, challenging Steven Drench for the number 1 jersey during his 2 seasons with the club.

We look forward to seeing Dan plying his trade down at the Horsfall next season and wish him well as he embarks on his Avenue career.

‘I am really excited to be joining BPA and joining back up and playing under Mark and Danny. I really enjoyed my time playing under them and I am looking forward to the brand of football that they want to play here. I’ve got a real hunger to do well for the club and get BPA back up the table, hopefully keeping a clean sheet or two. I think everyone will be excited to get back to watching some football when this is all over, so lets hope we can give them something to cheer about when the new season starts’

‘I’m really pleased with the signing of Dan. He is a modern, young goalkeeper with bags of potential, but also good experience having played a number of games at National league level. Having worked with him in the past, I know Dan will compliment the team well with his goalkeeping qualities and confidence with the ball at his feet. He is another young talented player whom we hope to help fulfil his ambitions of becoming a full time professional player. ’