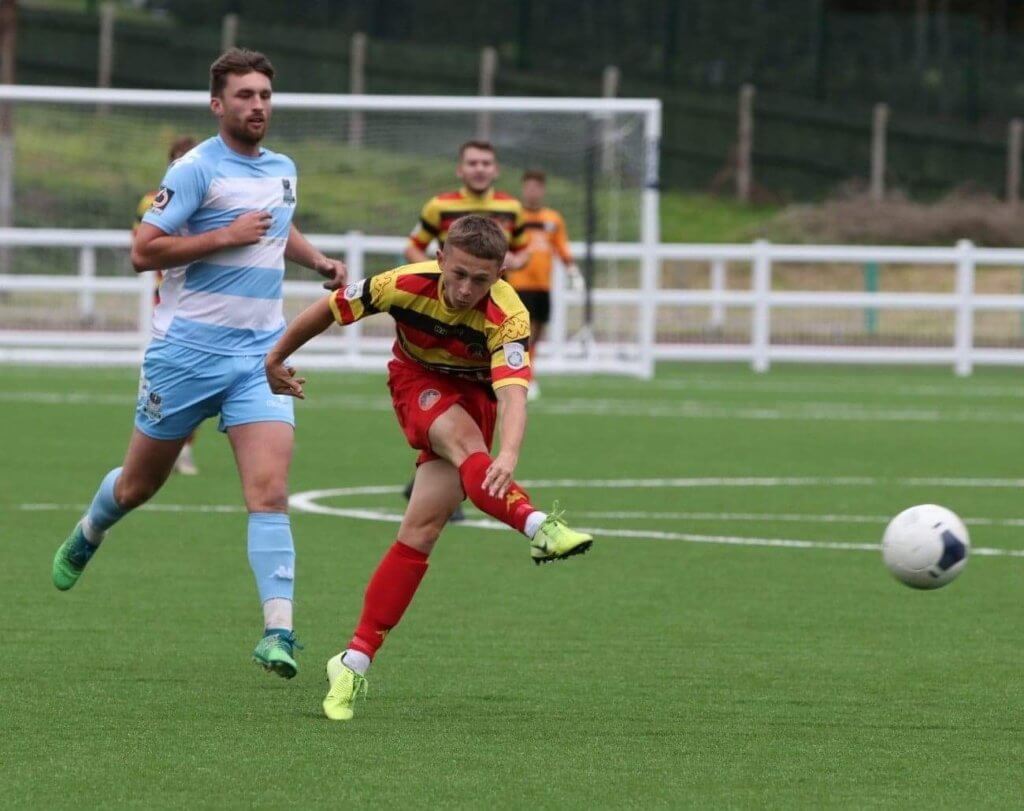 The Avenue broke the deadlock with an exquisite Brad Dockerty strike which left Drench rooted to his spot. Then, two goals in two minutes from Lewis Knight and Mark Ross gave the hosts an impressive victory.

The home side started brightly as Knight narrowly missed the target from 12 yards. They were nearly punished as an identical situation happened at the opposite end of the pitch, but Tyler Walton fired his effort against the woodwork.

The visitors settled into the game and had a couple of chances but both Jimmy Spencer and Luke Parkin were denied by the Avenue goalkeeper Dan Atkinson from distance.

Before the break, Bradford finished the stronger team as new loan signing Lewis Bradley, who impressed in the front four, nearly grabbed a debut goal but his right-footed strike, heading for the top corner from 20 yards, was headed off the line by Jordan Richards.

After the restart, the Avenue  started strongly and caused the Celts plenty of problems for the rest of the afternoon.

It wasn’t long until they took the lead as Ross’ cross was cleared into the feet of Dockerty who curled a wonderful shot past former Avenue number one Drench from 25 yards.

With confidence flowing through the veins of Mark Bower’s side, they doubled their advantage when Nicky Clee threaded a lovely ball into the path of Knight, and the young striker slotted home from 12 yards.

Two minutes later, Ross, who was part of a solid back four, came from nowhere to meet a cross from debutant Bradley and the right-back guided the ball clinically past Drench from close range.

The remaining 20 minutes saw plenty of substitutions and the visitors were unfortunate not to get on the scoreboard. Spencer and Charles both saw their attempts fly over the bar as the afternoon belonged to the Avenue who claimed an impressive victory at the Horsfall Stadium.