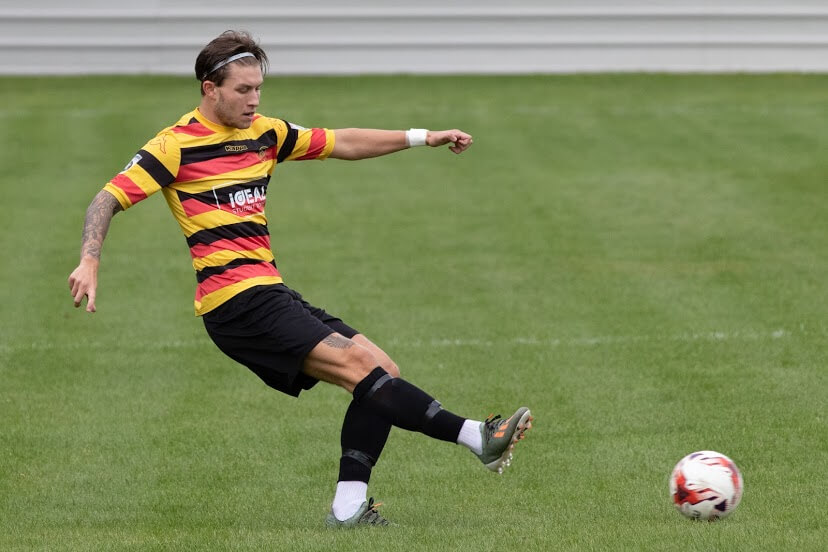 Jordan Windass has put pen to paper to play for Bradford (Park Avenue) this coming season. Windass who has spent time at Gainsborough and North Ferriby has been with us through pre-season and has shown enough for Bower and Boshell to add him to the squad. The versatile Windass has been used as a right back in the majority of the press-season games, but is equally comfortable all across the midfield. By adding to his footballing education we are sure Jordan will be looking to follow his brother Josh from non-league into the football league

‘I’m delighted to have signed for Bradford and I’m really looking forward to working under Bowz and Bosh. They have been great to me since I came to the club and made it clear what they want out of me and the team. I’m also excited for the challenge of playing at this level since it’s my first time. Hopefully I can learn a lot from the likes of Toulson and the older lads, to become a better player and hopefully have a successful season with a great bunch of lads‘

‘Jordan has been with us on and off for a few seasons now. We’ve kept an eye on his development and he has come back to us in pre season in fantastic physical shape. He possesses some real attributes and has areas to improve, so we are looking forward to helping him reach his full potential.’

You will be able to see Jordan in his official outing on Tuesdays nights pre-season friendly with Farsley Celtic. It had been hoped that this would be with fans, however presently it seems more likely it will be behind closed doors, but the game will be live streamed so we can see Jordan strut his stuff