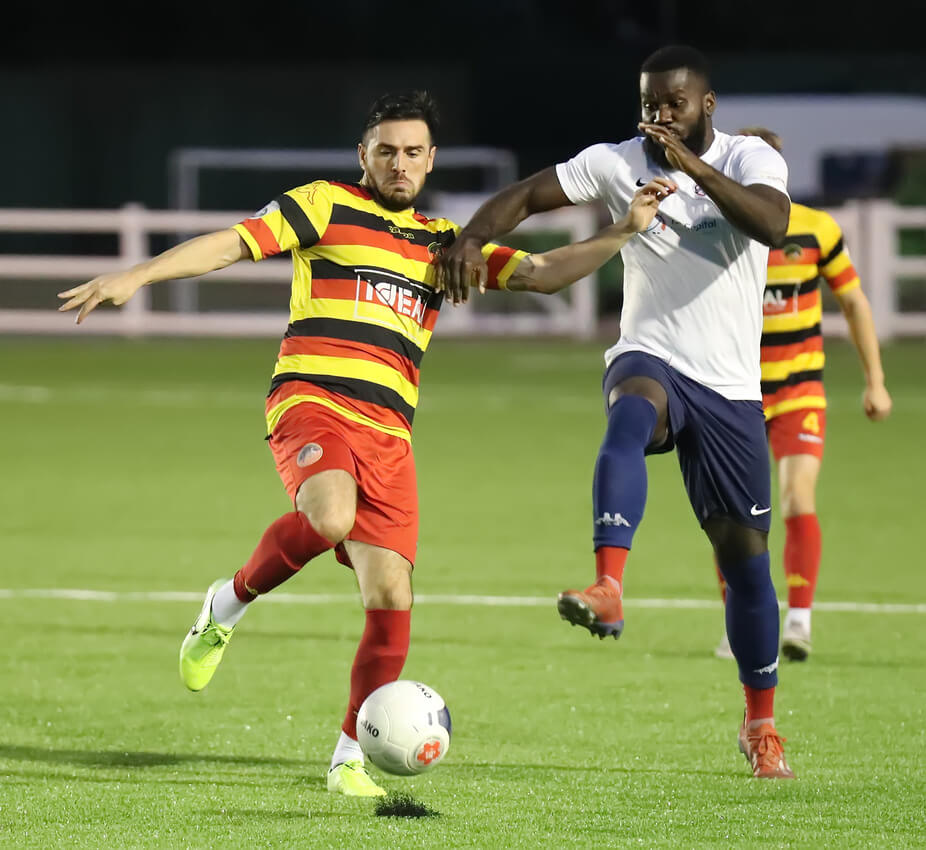 The away side started brightly and looked dangerous on the counter attack and punished the Avenue’s inability to score.

After denying Oli Johnson, the visitors were too quick for their opponents and Fernando Moke passed the ball inside to Roy Fogarty who tapped the ball in the back of the net from close range.

Shortly after, Casey Stewart, who caused the hosts plenty of problems throughout the night, threaded a lovely ball to Stephen Crawford, and he drilled a shot into the bottom corner from 14 yards.

Mark Bower’s side, despite being 2-0 down, started to get back into the game, mainly due to Isaac Marriott who took control in the centre of the park. The young midfielder continued to try and make things happen but unfortunately for the home side, Brad Dixon wasn’t tested.

After the break, it was Yorkshire Amateur AFC who started the better team again, but the Avenue Trialist goalkeeper was impressive, saving twice with his feet from close range.

Following a number of substitutions, the Avenue halved the deficit as a Trialist who replaced Johnson in the first half was fouled in the penalty area. Young Academy striker Jamie Lyons continued his goalscoring form by smashing it into the bottom corner. But it wasn’t enough, as Avenue suffered a disappointing defeat on their return to the Horsfall.