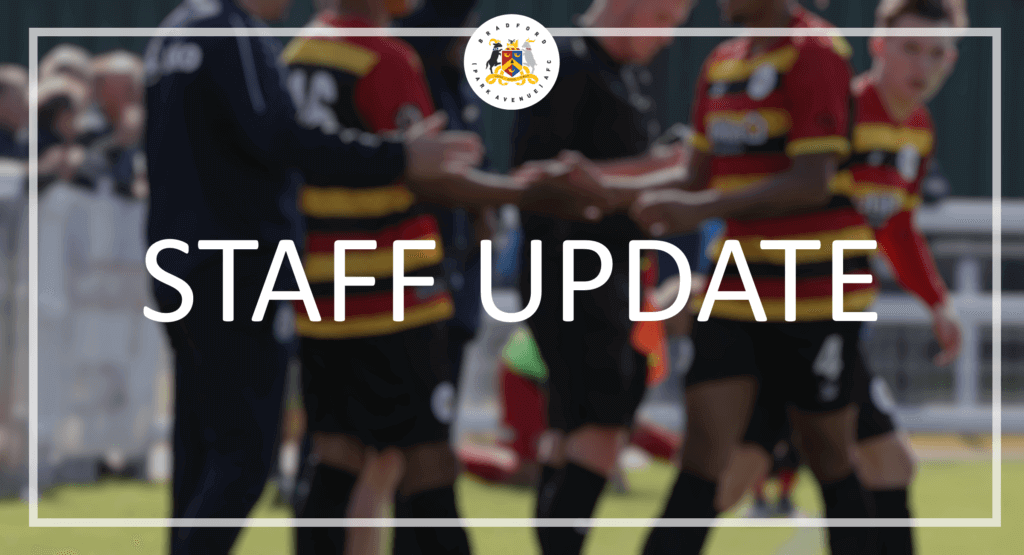 There has been a change at the top of our academy structure with Thomas McStravick replacing the out going Alex Cross. With immediate effect McStravick has taken over as the Academy manager at BPAFC after the club acted to swiftly to the resignation of previous incumbent Alex Cross.

McStravick has joined Bradford (Park Avenue) from the famous Leeds United academy where he coaches of one of their elite academy sides at Thorpe Arch and also their community project development manager. Thomas already holds his UEFA A licence and previously set up a successful academy in Northern Ireland.

‘We are extremely sad to see Alex leave the club, he is a very talented coach, which he demonstrated in the few sessions he took, over the last couple of weeks. Unfortunately Alex handed in his notice to me 4 weeks ago and although we tried to accommodate some of his frustrations ultimately were unable to create the environment that he felt would’ve allowed him flourish. The measure of the man was that Alex worked diligently, whilst we moved quickly behind the scenes to find equally talented replacement that shared our footballing DNA and ensured that the whole of the academy didn’t suffer from any interruption of service or change of ideals. We were delighted to have the opportunity to speak with Thomas during the interview process, he comes with a glowing CV and most importantly has developed an academy previously with successful results. We hope that Thomas enjoys a challenge and that the culture here is one that allows him to succeed again’

“I am delighted to join such an historic football club with a rich history in English football. I’m very humbled to be appointed in such an important role within the club and excited to help, along with the other staff, build a bright future. The project is an exciting one and I’m looking forward to doing my bit to support the club in the long journey ahead. Building a successful and sustainable project takes time, patience and a lot of effort.”