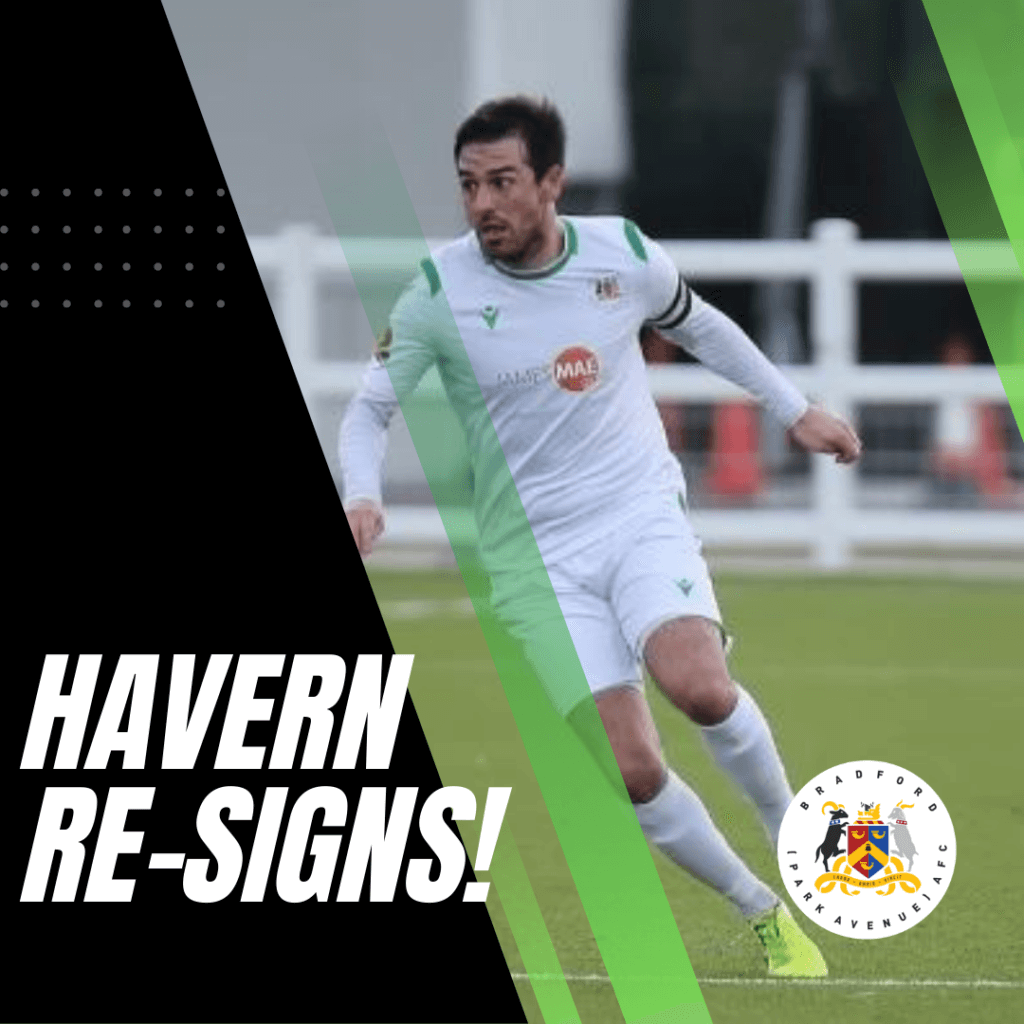 We are delighted to announce the re-signing of our Captain, Gianluca Havern.

Luca has signed until the end of the 2022/23 season. Our own El Capitan, Luca played 40 times for the Avenue last season in all competitions scoring 3 goals and was an integral part of the team as we avoided relegation games to spare.

On the deal, Luca stated “I am pleased to have signed for my 5th season with BPA. There is a strong core of the team who have stayed and with a few more additions I think we will be really competitive again. See you all in July!”

Equally happy, Mark Bower added; “I’m delighted that Luca has extended his stay with the club. Having lost Nicky Clee and Mark Ross, it was vital for us to secure one of our most experienced players for the coming season.

Luca has been a key player for us for several years now and it is a real positive that he will be leading our team again for 2022/23.”