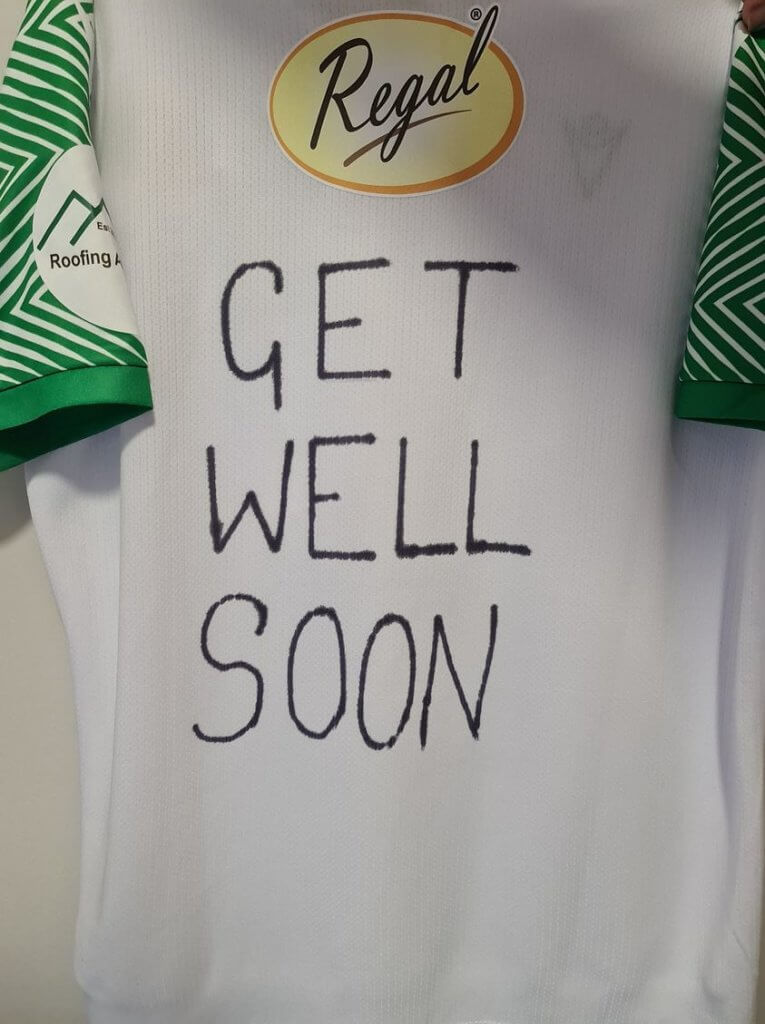 Despite a stunning 35 yard goal from Jordan Windass, the Avenue suffered a defeat to Boston United at the Horsfall Community Stadium.

The away side broke the deadlock as Jake Wright Jnr headed the ball past Johnny Saltmer from close range. And then, before the break, Windass found the top corner to equalise for the home side.

But, the Pilgrims, backed by their supporters from the terraces, regained the advantage, and held onto the win. Danny Elliott’s effort found the back of the net from eight yards.

Craig Elliott’s side dominated the early stages of the game, controlling possession and causing plenty of problems for Bradford.

And they were rewarded when Elliott’s delivery was met by Wright Jnr, who got above Matty Downing to nod the ball into the roof of the net.

Saltmer was kept busy in the Avenue goal, denying Connor Dimaio from 12 yards, but the home side started to find some rhythm in their play.

Isaac Marriott was busy pressing the defence from midfield and with Akeel Francis and Rob Guilfoyle trying to create from both sides of the pitch, the Avenue came close to levelling the score.

A cross from Guilfoyle was controlled by Adam Nowakowski inside the penalty area, and brave defending from the Pilgrims, denied the midfielder, twice, clearing the ball off the line.

Once again, Saltmer made two good saves, with both Elliott and Tom Platt forcing the goalkeeper into action. But, it was the hosts who equalised, with a magnificent strike.

Windass took the ball forward, and from 35 yards, the right-back fired an unstoppable right-footed effort off the underside of the bar and into the top corner, to the delight of the home support.

After half-time, Boston United took control of the game again and quickly scored their second goal of the afternoon.

Left-back Jake Leake managed to dribble past Francis and Windass, before pulling the ball back to Elliott. The striker turned and struck a low left-footed effort past Saltmer from close range.

Mark Bower made several substitutions, including the returning Nicky Clee. But, it was the visitors who continued to look dangerous.

Captain Luca Havern blocked an effort from striker Jordan Burrow before Shane Byrne fired a right-footed shot over from 20 yards. Wright Jnr nearly scored his second of the game, with another header, but his attempt flew over Saltmer’s goal.

The Avenue were trying to grab a dramatic equaliser, pushing their opponents deep into their own half. But, despite having some half chances, the hosts couldn’t trouble George Sykes-Kenworthy and Boston United held on for victory.