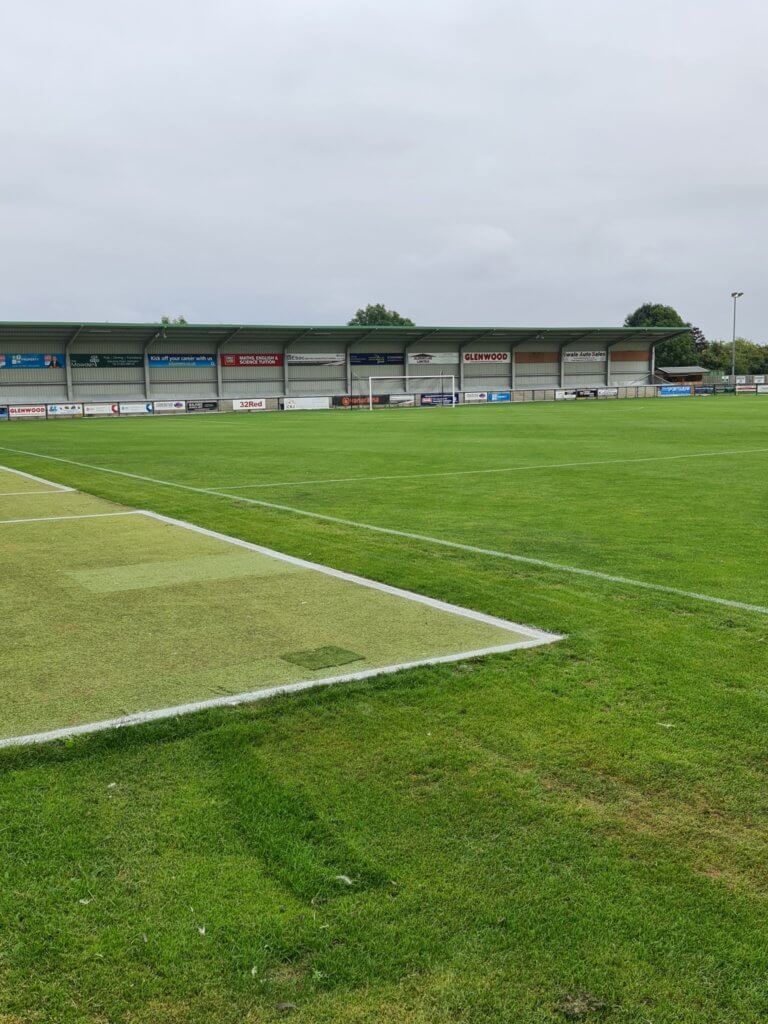 Two first-half goals were enough for the Avenue to record their first victory of the season against Darlington FC at Blackwell Meadows.

An own goal followed by Luke Rawson’s first goal of the campaign gave Bradford the lead at half-time. A header from Luke Charman made it a tense finish, but Mark Bower’s side held on for the win.

The opening quarter of an hour didn’t produce many opportunities at goal for either side.

Luca Havern came close to breaking the deadlock after receiving a pass over the top of the defence. But the Avenue captain, who was still in the final third after a free-kick, could only drag his shot wide from 14 yards.

Then, Bradford took the lead.

Isaac Marriott picked out Rawson on the right wing and, after taking the ball past the defender, the striker cut the ball back to Akeel Francis. The Avenue number eight managed to get a touch on the ball before it struck a defender and past goalkeeper Tommy Taylor from ten yards.

The home side responded with a couple of attempts. But, midfielder Will Hatfield was denied by the strong hand of Saltmer and Jake Cassidy’s low right-footed effort brushed the side-netting from 16 yards.

Again, on the counter-attack, the Avenue doubled their advantage.

A lovely well-worked move saw Lucas Odunston found the advancing Jordan Windass on the right wing. The young defender fizzed a teasing delivery into the path of Rawson, and the striker tapped the ball home.

Following two substitutions and a murmur of boos at half-time, Alun Armstrong’s men started brightly and pushed Bradford deep into their own half.

Jarrett Rivers, who looked lively during his spell on the pitch, tried to replicate what Windass had done earlier for Rawson, but Cassidy couldn’t get a connection on the cross, and the ball trickled wide.

Eventually, the hosts reduced the deficit.

From a corner, substitute Luke Charman rose highest inside the box, and nodded the ball into the roof of the net from close range.

With twenty minutes left, Adam Nowakowski and Charman had an altercation near the centre-circle. After a brief stoppage, the referee decided to award both players a yellow card.

With the clock ticking down for the home side, they continued to put pressure on their opponents.

But, Saltmer was equal to everything that went towards his goal. The Avenue number one produced a stunning double save before making himself big and denying his former team an equaliser from a corner.

Despite a minimum of seven additional minutes, the Avenue held on, helped by the experience of Oli Johnson, and the visitors left the North East with three valuable points.