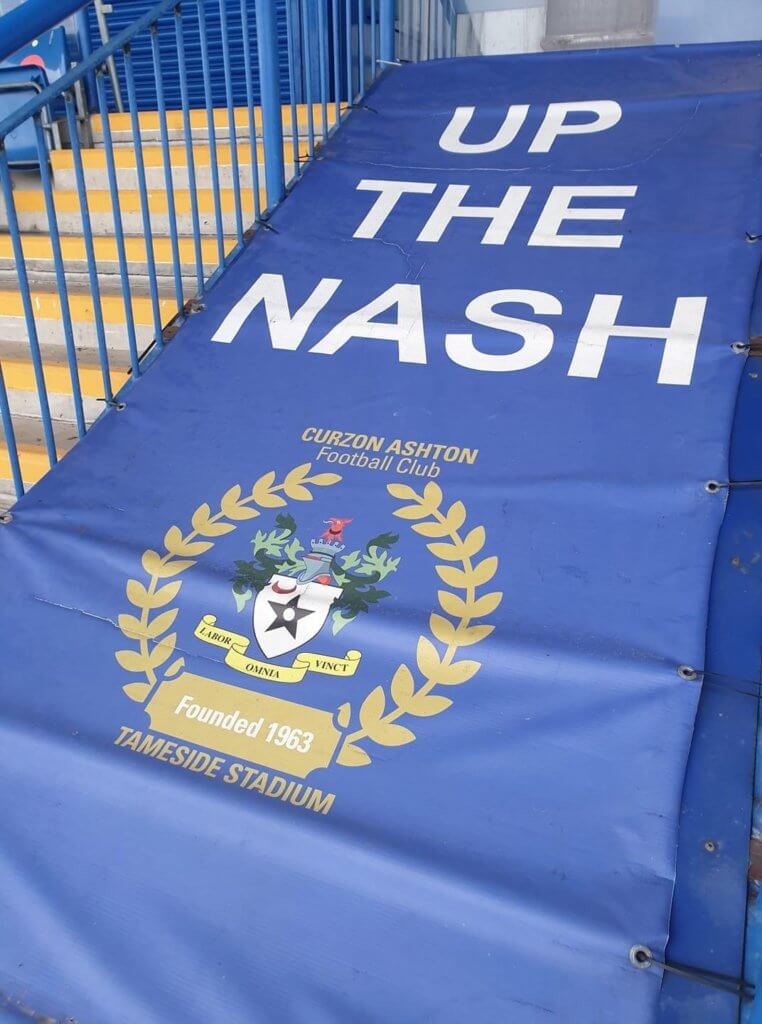 The home side took the lead as Matty Waters found the bottom corner from 12 yards. Two second half goals from Robert Evans and Dan Cowan secured victory for the Nash during an eventful game.

The visitors started brightly, looking to continue their similar pattern of play that was successful in the win against York City on Boxing Day.

Lewis Knight was playing on the shoulder of the two centre-backs and Brad Dockerty was causing problems, drifting off the wing to support the young striker.

Knight came close to opening the scoring as he shrugged off Harry Flowers in a 50-50 challenge before forcing goalkeeper Cameron Mason into a fine save from 16 yards.

Five minutes later, Steve Cunningham’s side showed the threat they had in attack as winger Darren Stephenson, who impressed throughout the game, sent in a lovely cross towards the far post but Connor Hughes was a couple yards short of connecting with the delivery.

After seeing his half-volley go over from 20 yards, Ryan Toulson, returning from suspension, was shown a dubious yellow card. Then, a pivotal moment in the game happened almost 30 seconds later.

With the ball close to the away dugout, Matty Downing went to intercept the ball but Alex Curran went down under the challenge on the touchline. The referee, Kristian Silcock, wasted no time to reach for his back pocket and show the right-back a red card, to the surprise and anger of the Avenue dugout.

Down to ten-man and reeling from the decision, the Avenue had to withstand pressure from the hosts.

After Harry Flowers hit the woodwork with a header, the Nash took the lead. Samuel Walker picked out the run of left-back Waters who escaped Will Longbottom on the left wing. After turning onto his right foot, Waters’ effort went through the legs of goalkeeper Dan Atkinson and into the back of the net.

Despite passing the ball between each other, the home side didn’t trouble Atkinson and were nearly caught in possession and punished before the half-time whistle.

Waters took too much time on the ball and Knight was alert to win the ball from his feet, but his shot from inside the box was pushed wide by Mason.

After the restart, and with Mark Bower changing the formation, the game opened up a bit more.

After scoring a wonderful goal at the weekend, Harry Boyes tried his luck from distance again, but his 35 yard shot went wide of Mason’s post.

As the Avenue pushed forward, the Nash found gaps in the middle of the park and were denied their second goal by two superb saves from Atkinson.

The ball ricocheted into the path of Evans who was one-on-one with the goalkeeper, but Atkinson made himself big and made a great save with his feet.

Seconds later, Curran spotted a hole in the Avenue defence and, with his effort aimed towards the far corner from 14 yards, Atkinson’s strong right hand tipped the ball wide.

Those saves gave the Avenue hope and they came close to equalising. A lovely one-touch, one-two between Dockerty and Toulson, allowed the midfielder to drive into the box. Toulson drilled a low right-footed effort towards goal and Mason used all of his height to dive low and tip the ball wide around the post for a corner. But as Bradford players started to come forward for a corner, the Avenue were angry again with the referee, as he staggeringly pointed for a goal kick.

Following a couple of substitutions and the game open, the Nash doubled their advantage, scoring the vital second goal. Curran delivered a low cross into the box and a diving header from Evans saw the ball fly into the net, despite the best efforts of an outstretched Atkinson.

As seen during the season, there’s plenty of fight in this Bradford side. To try and get back into the game, Booty’s free-kick and Nicky Clee’s shot from 16 yards were well saved by Mason.

With the clock against Bradford, Curzon Ashton sealed the win with their third goal of the afternoon. Walker picked out defender Dan Cowan inside the penalty area and after turning his marker, Cowan fired a right-footed shot into the top corner from 14 yards. The Avenue had no time left for a dramatic comeback and left the Tameside Stadium beaten despite a battling performance with ten men.