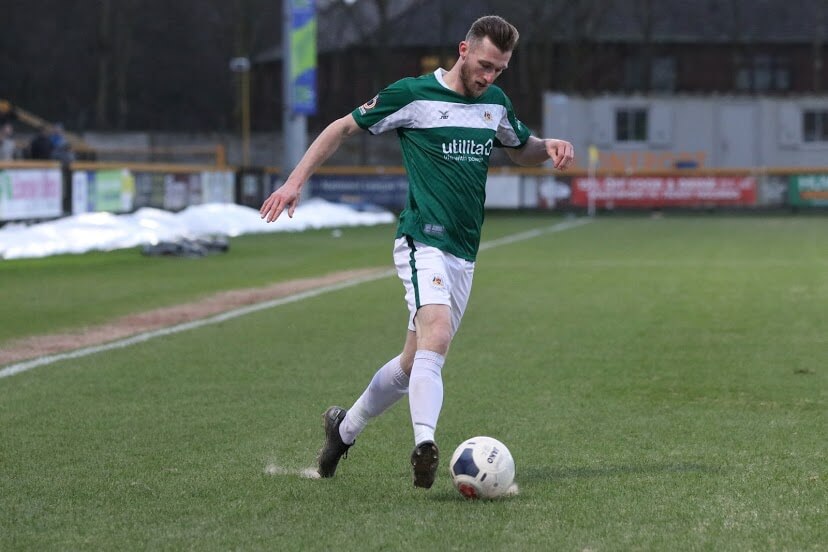 Ryan Toulson has put pen to paper on a new Deal at Bradford (Park Avenue) extending his stay with the club. Ryan forms part of a formidable management team with Mark and Danny having worked with them over the last 3 years.

The experienced, solid and hard working right sided defender becomes the clubs 6th signing ahead of the new season. Ryan is the ideal signing for the club being able to coach and develop some of our younger players both on and off the pitch.

After leaving the club in the summer of 2019, Ryan re-joined last season as one of Marks first signings and went on to make 15 appearances in league and cup.

We hope you are looking forward to seeing Ryan maraud up and down our right flank next season!

‘I am delighted to be joining Mark and Danny as part of the management team for another season. They have shown trust in me to join an already successful management team at this level and they have both helped me gain knowledge and understanding in different areas of management/coaching, so long may that continue.
As the club looks to the future on developing younger players I hope my experience on the pitch compliments the work that we do off it.

I’m looking forward to getting started as soon as it’s safe to do so and we will be working hard to give you the committed fans something to shout about.’

‘It is great news that Ryan has extended his stay at the club. He has proved to be a trusted and knowledgeable member of the staff and also provides an experienced head on the pitch which will be important as we place a greater emphasis on developing more younger players over the coming seasons.

Ryan’s style and personality compliments our management team well and we look forward to him continuing his good work with us.’