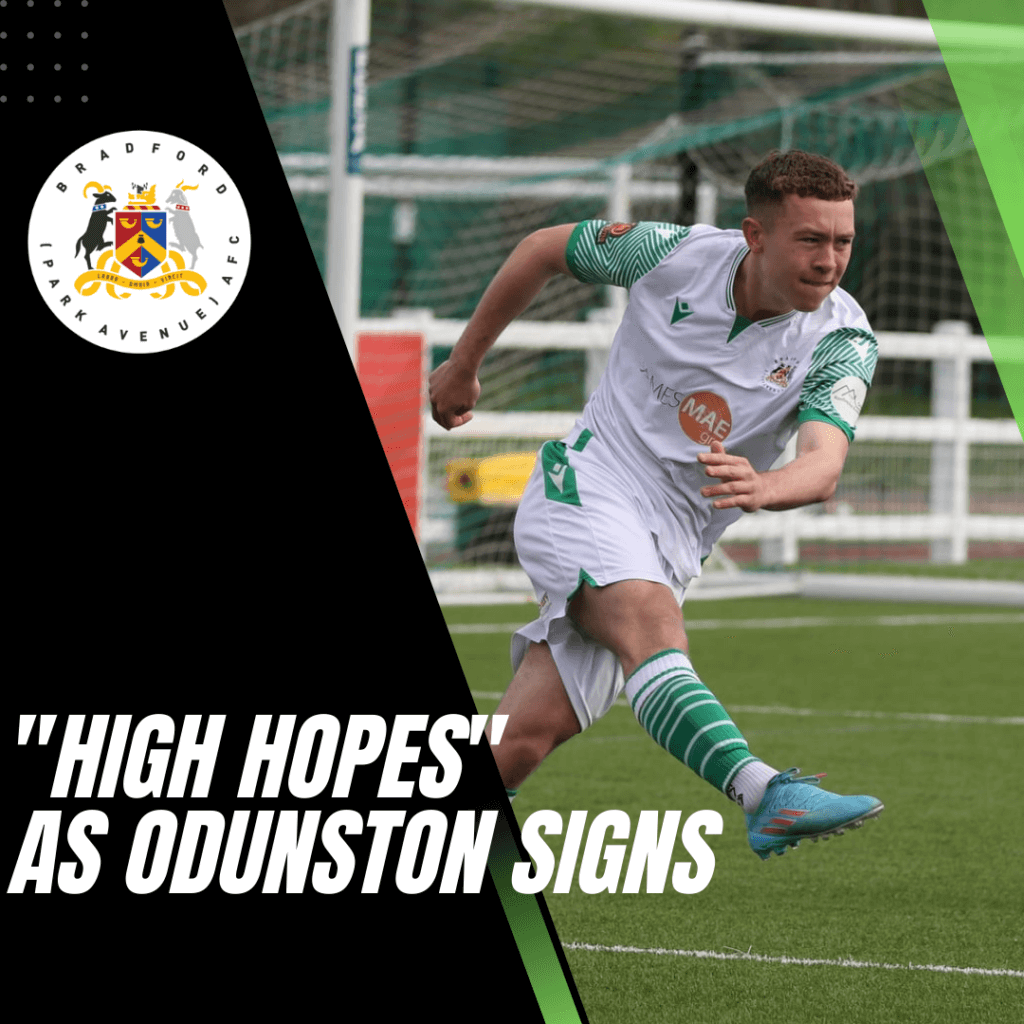 We are thrilled to announce the re-signing of right-footed Defender Lucas Odunston on a new 1 year contract, with the option for a 2nd.

Lucas first signed in August 2021 after making a big impression on the management during pre-season. He went on to make 27 appearances during the 21/22 season. Odunston previously played for Leeds United u18s and Hull City u23s before joining Avenue.

On the signing, Gaffer Mark Bower said; “I have high hopes for Lucas this coming season following a really strong finish to last season.”

He continued; “He made the right back spot his own following some really impressive displays and the challenge for him now is to continue that progression for a full season.”

Odunston also said; “I’m really glad to still be here for at least another year, Bows and Bosh are top class and have helped me massively in returning to football after two years out with injuries. I’m looking forward to the challenge of it being such a competitive league this year and one that hopefully we can prove ourselves in.”

He went on; “With such a nice bunch of lads and such a committed and welcoming fan base, it’s nice to be a part of a fundamentally great club. On a personal level I’ll be looking to push on at right back and get better and stronger as the season goes on.”

An additional reminder! We are open for #AAAW Season Tickets and for Tickets to our upcoming Pre-Season friendly v Bradford City! 9am – 5pm all next week at the BPA Club Shop. You can also purchase both online using the links below. Please note that we cannot take card payments at the club shop due to our card system being down.