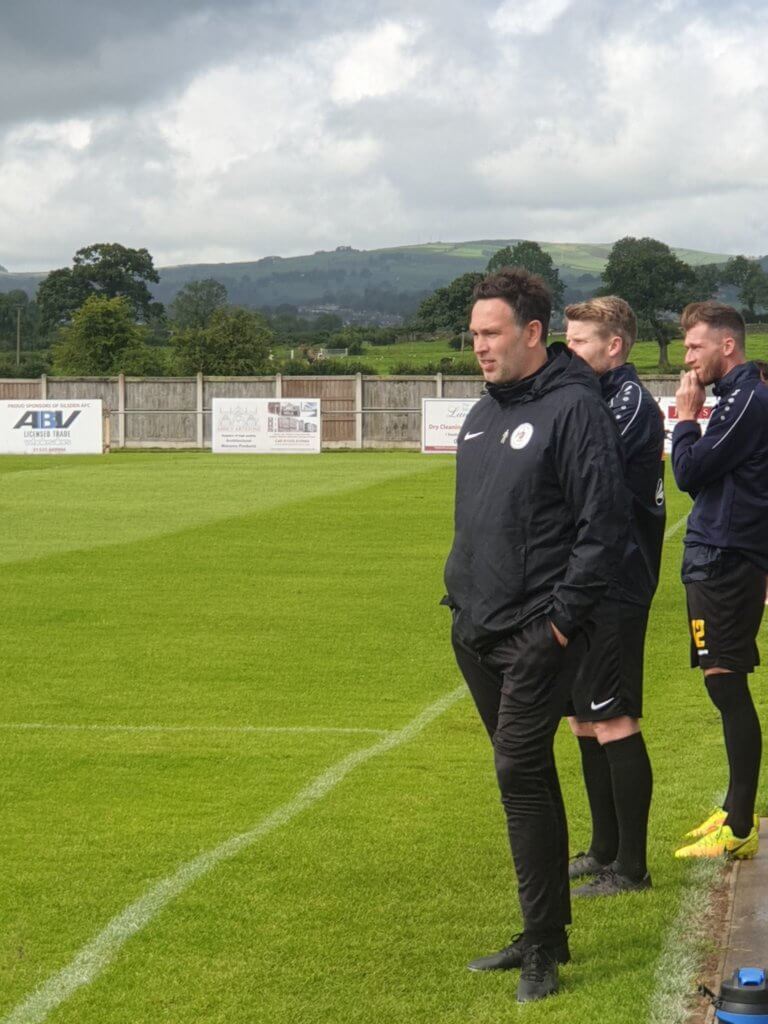 In the first pre-season friendly of the 2020-21 campaign, Bradford (Park Avenue) narrowly defeated neighbours Silsden AFC at the Cobbydale Construction Stadium.The visitors took the lead just before the break when the impressive Isaac Marriott dribbled 50 yards but he was brought down inside the box, just before he was about to shoot. From the spot, Oli Johnson sent Silsden’s goalkeeper Alfie Drake the wrong way to make 1-0 at half-time.

Shortly after the restart, young Academy product Jamie Lyon doubled the Avenue’s advantage with a well-taken left footed finish from the edge of the box, following good work by a couple of Bradford trialists. Then, Danny Forrest’s side halved the deficit with a powerful header from Shaun Airey but, despite a couple of chances in the final few minutes, the National League outfit held on.

The Sils could’ve taken an early lead as winger Chris Wademan capitalised on a defensive mistake from a Trialist, but his shot flew over the bar from 12 yards.Mark Bower’s side started to gain some momentum, with Marriott and Nicky Clee looking to orchestrate opportunities from the middle of the park. Clee, with his usual great footwork, opened up space to fire an effort on goal, only for Drake to save well with his feet. Learning from former Avenue striker Forrest for the Sils, Antony Brown tried to copy what Clee had just done at the other end of the pitch, but debutant Dan Atkinson in the Bradford goal managed to catch his strike from close range.

With half-time approaching and Atkinson diving at the feet to deny Wademan the opening goal, Marriott showed his class. The new signing dribbled past a few players to find himself in a position to put his side in the lead. But, the midfielder was fouled by Lewis Morgan and the referee pointed to the penalty spot. Johnson, wearing number nine, calmly slotted the ball into the corner to break the deadlock.

With a brand new team for the second half, the Avenue started brightly and following some good work by two trialists down the left wing, the ball found its way to Lyons. The striker who featured in the first team last season, curled a lovely left-footed strike past Drake from 12 yards.The home side also made changes to their starting eleven, and as the weather continued to be a challenge for both teams, the Sils scored from a corner. Defender Airey rose above his mark to nod the ball home from six yards.The hosts pushed forward to equalise and nearly snatched a dramatic draw, only to be denied by the returning Mark Ross who was alert and cleared the ball off the line to give the Avenue a narrow victory.

The next pre-season friendly for the Avenue is on Tuesday 25th August, away at Campion AFC.